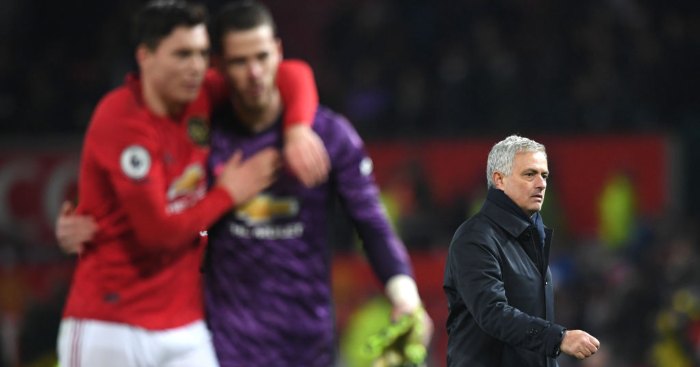 Jose Mourinho selected Scott McTomimay for special praise after his Tottenham side were beaten by Manchester United at Old Trafford on Wednesday night.

Mourinho was back on the touchline 352 days after his sacking, but suffered his first defeat in charge of Tottenham after Marcus Rashford’s brace.

Rashford scored in the sixth minute and then slotted home a second-half penalty to earn Man Utd a 2-1 win and ease the pressure on Mourinho’s successor, who had overseen their worst start to a season since 1988.

Mourinho would have fancied a win after Dele Alli’s brilliant equaliser just before the break, but his side were second best.

Mourinho added: “Even in the previous three matches where we won we didn’t start well.

“The team is not starting matches well, they are finding it a little bit difficult to find the intensity and the aggression of the game.

“Rashford even going to press the keeper. This kind of attitude that shows initially intensity. But we were not in the game in the beginning.

“Then after that we had the ball, we played, we score, we could create even more.

“In the second half I thought clearly we could come to the game and be in control of it like we finished the first half, we concede a goal that is impossible to concede.

“It’s a throw-in, we were sleeping, the throw-in is done and we have no control, then of course what happened inside the box is a consequence of everything that came from the throw-in.”