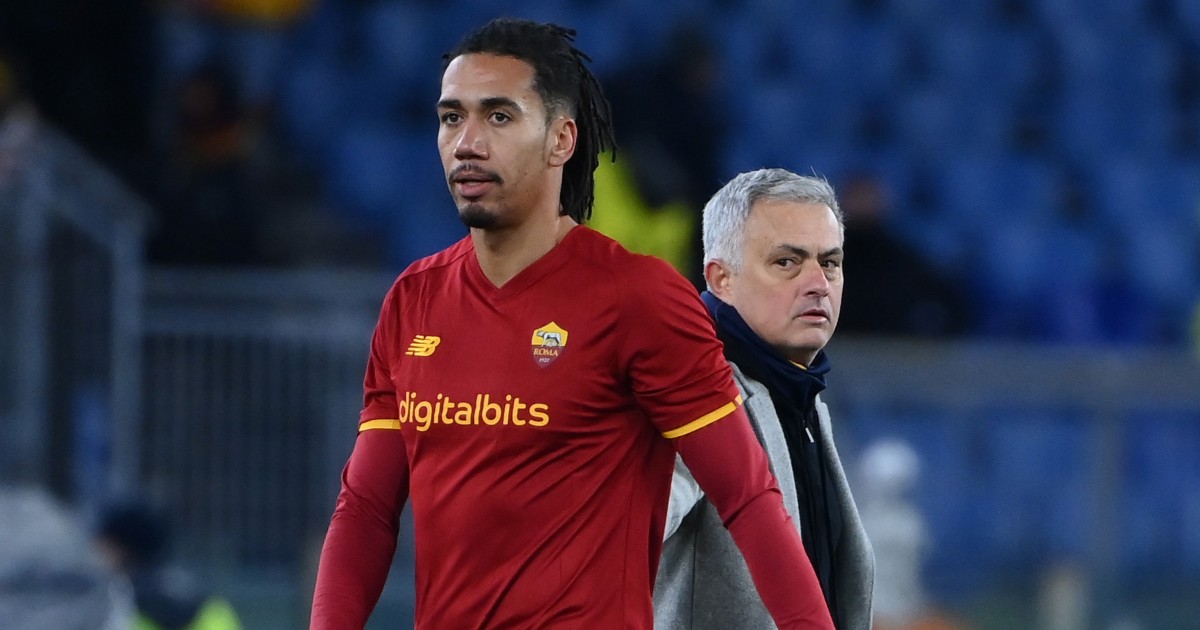 Jose Mourinho hammered his Roma players for surrendering a 3-1 lead with 20 minutes remaining to lose 4-3 at home to Juventus.

Roma were in control of their meeting with the Serie A leaders on Sunday, having been given a commanding advantage by goals from Tammy Abraham, Henrikh Mkhitaryan and Lorenzo Pellegrini.

It seemed as though Paulo Dybala’s goal to make it 1-1 in the 18th minute would be a mere consolation, but Manuel Locatelli, Dejan Kulusevski and Mattia De Sciglio stunned the hosts with three strikes in seven minutes to secure a famous Juventus win.

Mourinho praised his team’s performance for most of the match, but laid into the “psychological collapse” from players he deems “a bit too weak”.

Jose Mourinho will be back to ruin peace in our time

“We were in total control for 70 minutes,” he told DAZN.

“The team played really well and had the mentality of taking control, we came out and started strong. We had this idea of the high press, of controlling the tempo and taking the initiative.”

Mourinho pointed the finger at one substitute in particular, with Eldor Shomurodov being introduced for Felix Afena-Gyan immediately after Juventus made it 3-2, after which I Giallorossi caved.

Football365 is launching an investigation into who made said substitution.

“It was so good for 70 minutes, then there was this psychological collapse,” he said, as quoted by Sky Sports. “The 3-2 killed us, because Felix had an extraordinary game, which finished with a sprint against [Juan] Cuadrado. I take him off and his replacement gets it all wrong.

“When we allowed them back in for 3-2, a team with a strong mentality like Juventus, a strong character, the fear set in. A psychological complex. It’s not a problem for me having 3-2, it’s a problem for them. For my team.

“At the end of the day, when you’re in the sh*t, you get back on your feet and find your character. But there are people in this locker room who are a bit too nice, a bit too weak.

“I already told the players, if the game had ended at the 70th minute, it would’ve been an extraordinary performance. Unfortunately, it didn’t end then.

“I never thought my personality was enough. I thought it could be a bit easier. For 70 minutes we played a game that is also a consequence of the talent we have, but in the main choices of the squad and the players who play there is often a lack of personality, even in managing emotions and in the game.”

Mourinho then pivoted into a plea for January reinforcements, starting with the loan arrival of Arsenal player Ainsley Maitland-Niles, who featured at right-back.

“I want to work here every day of these three years, not a day less,” he said. “I need help from the club that really matches our potential. Now we’re signing two players on loan to help the team, one was Maitland-Niles and another midfielder who I think will arrive next week. A player with more physicality and personality, suitable to have some responsibility.

“This thing of playing in the comfort zone, of playing to be six to seven is too easy for some personalities. We need to get out of this mentality.

“After Milan I told the guys that it’s them who has to move closer to me, it’s not me who has to become similar to their psychological profile. I don’t want to.”