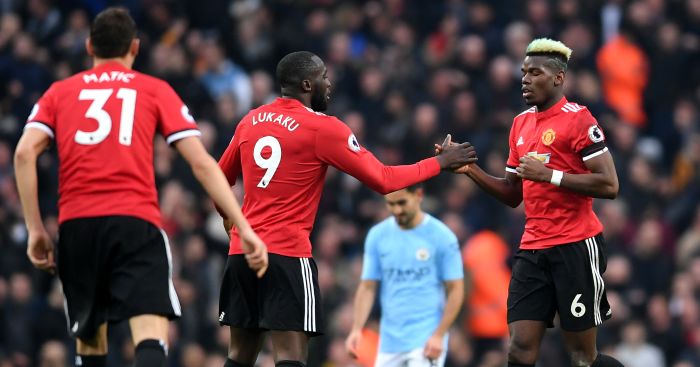 Manchester United manager Jose Mourinho says that he was happy to see an improvement from Paul Pogba, because he needed one.

Pogba scored twice in the second half as United came from 2-0 to beat City 3-2 and stop their city rivals from lifting the title.

Pogba came in for significant criticism from Gary Neville, but as the catalyst for Manchester United’s second-half improvement.

“I know that Paul played well against Swansea, I know he had a very good week of work especially Tuesday and Wednesday, two fantastic training sessions and this game comes in that sequence,” Mourinho said.

“Of course, two goals for a midfield player in a big match like this one stays in the memory of the people, especially the fans.

“He needs that confidence because he knows, I know he had some performances not at the level of expectation we have from Paul.

“But he’s improving. Against Swansea I was happy and today him, (Nemanja) Matic and (Ander) Herrera, I think they were phenomenal for 90 minutes.”