Home All The News Mourinho: Pogba would be brilliant centre-half 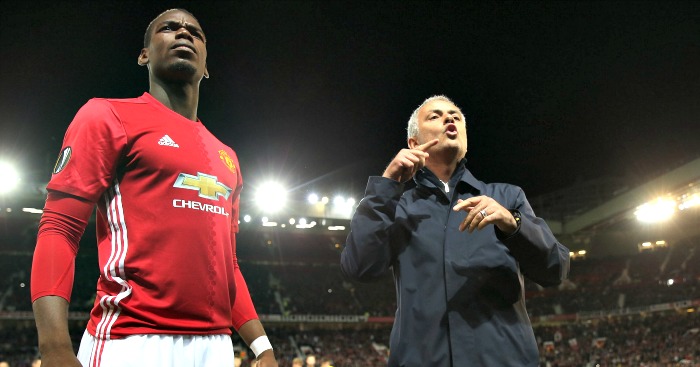 Pogba joined United in a world-record £89.3million deal from Juventus in the summer, but has struggled to capture the form from his days in Italy.

Many feel the 23-year-old is not playing in a suitable system or position under Mourinho at United, but the manager is adamant that he will come good.

“I think it is really difficult to play or adapt from different realities, but he is a phenomenal player. He has unbelievable potential. He has years and years to develop his game, so that expectation and investment from the club is based on that – a super player for the next seven or eight years.”

“He’s getting better and better and better at every level. That’s our expectation. We don’t expect Paul to arrive here and the next day to be unbelievable. But the other thing is that we trust him so much that we pass to him this kind of feeling.

“He is a very self-confident boy too, so we are living well with the critics, if you want, and we know what the critics are.

“He’s a top player and I think he could be a phenomenal central defender.

“With the quality of his pass, with his aerial game, with his agility in such a big body, for his defensive side of the game, coming from the back with the ball, he would be a phenomenal central defender, too.”