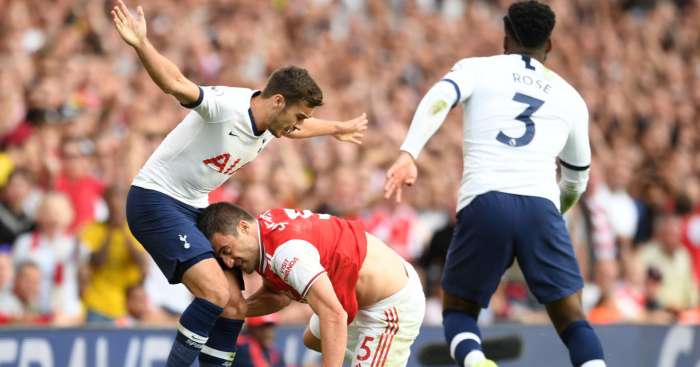 Jose Mourinho and Jamie Redknapp have predicted whether Tottenham or Arsenal will finish higher in the Premier League this season.

The Gunners battled back from two goals down to draw 2-2 with north London rivals Spurs in their Premier League meeting at the Emirates Stadium on Sunday.

Alexandre Lacazette and Pierre-Emerick Aubameyang were again on hand to provide the goals after the visitors had taken control of the game courtesy of Christian Eriksen and a Harry Kane penalty.

When asked who will finish higher this campaign, Mourinho told Sky Sports: “I still think Tottenham.

“It’s Man City and Liverpool and I still think Spurs are the third-best team. However, I like many things in the Arsenal squad.”

Redknapp said: “I am going to go with Spurs because I think they will get better.