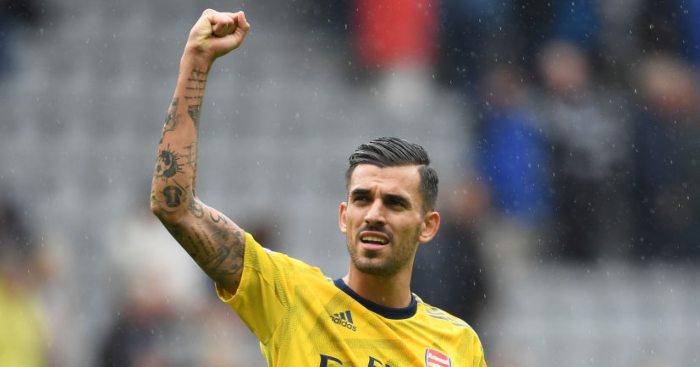 Jose Mourinho is unsure why Arsenal have brought Dani Ceballos to the Emirates Stadium this summer.

Ceballos, who signed on a season-long loan from Madrid, came off the bench in the second half of the Gunners’ 1-0 victory over Newcastle United on Sunday.

However, Mourinho – who was working as a pundit for Sky Sports – thinks Arsenal already have similar players at the club.

“Ceballos, I think they have other Ceballos’ in the squad,” Mourinho said on Sky Sports.

“He’s a good player but I think they have other Ceballos’.

“When I see Mkhitaryan, Ozil, Ceballos, they can play in different positions on the pitch and very similar characteristics.”

“His mentality. Last Sunday when he received a big kick on his ankle I thought ‘oh, it’s broken’.

“But after, on Monday, he was training – (he said) ‘I’m fine and want to train’. He is showing us every day his ambition, his hunger is big. I think we need players like this.”