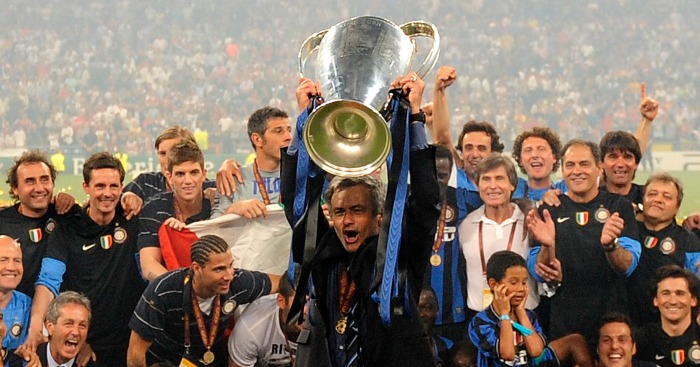 Manchester United boss Jose Mourinho says his greatest Champions League memory was winning the final with Inter Milan in 2010 and not his first triumph with Porto back in 2004.

The Portuguese coach guided Inter through to the final of the Champions League in 2010 – beating Barcelona and Chelsea along the way – before two goals from Diego Milito handed the Serie A side a 2-0 victory over Bayern Munich in the showpiece event.

In an exclusive interview with the Daily Mail, Mourinho sat down to share his greatest moments from a competition he has won on two occasions.

When asked about his greatest Champions League memory, he said: “The victory with Inter (2-0 over Bayern Munich in 2010), that final.”

His answer may surprise some, as his triumph with Porto in 2004 is regarded as one of the biggest shocks in European Cup history.

However, the former Chelsea boss explained why he thought it was more special than the win with the Portuguese side: “Because with Porto it was a team of young people, a team of people with many years in front of them.

“If I didn’t win that year then we probably would not have left (the club). After that victory I was leaving — everybody was leaving — but if we did not win that Champions League we would have stayed at Porto a couple more years. And we would have then won it because we were a very good young team.

“Inter was an old team, a team of people who wanted to do it for their whole career. There had been frustration after frustration.

“That final was the last chance for Materazzi, Toldo, Zanetti, Cordoba, Cambiasso. It was an old team. It was now or never. That really was a crazy journey.

“And the president (Massimo Moratti), he was president for years and years and never, never, never. Also for the fans, because Inter had not been European champion for over 50 years.

“Everything put things into context. It was a dream that everyone was chasing. Probably not me because I won it before. But for all of them… it was a last chance to reach their dream.”

The Champions League group stage gets underway again this week, as Manchester City and Arsenal take on their opponents on Tuesday, while Leicester and Tottenham play their matches on Wednesday.