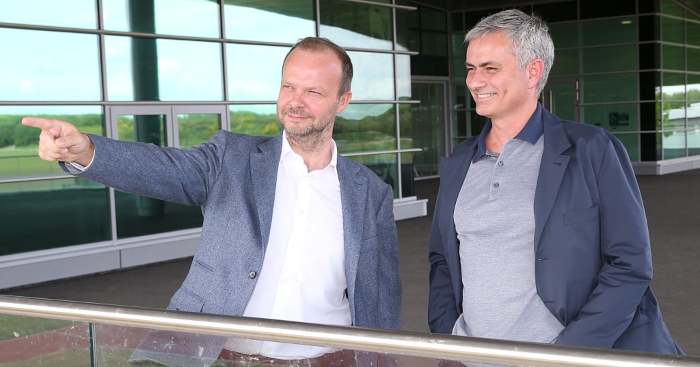 Jose Mourinho has revealed that his former bosses, including Manchester United chief executive Ed Woodward, sent him text messages after he landed the Tottenham job.

The Portuguese coach was appointed Spurs boss on Wednesday morning after Mauricio Pochettino had been sacked on the Tuesday night.

And Mourinho said it was nice to receive congratulations messages from a number of people at Man Utd, where he was sacked last December after a number of poor displays.

“I received messages from everybody, everywhere (from my former clubs),” Mourinho told Sky Sports News.

“Maybe I get the opportunity to apologise for not answering 500 of them that I couldn’t answer. I have 700 but only had time to answer 200.

“But it was curious to see, from my last club, so many people showing me that respect, empathy and feeling. It was nice.

“All of them were special. The first one was from (United managing director) Richard Arnold. The third, fourth or fifth was Ed Woodward. And they were my bosses.”

“He explained to me the vision for the club and I embraced that. It was one of the most important reasons I accepted. So when I did that, it’s a very good start.”