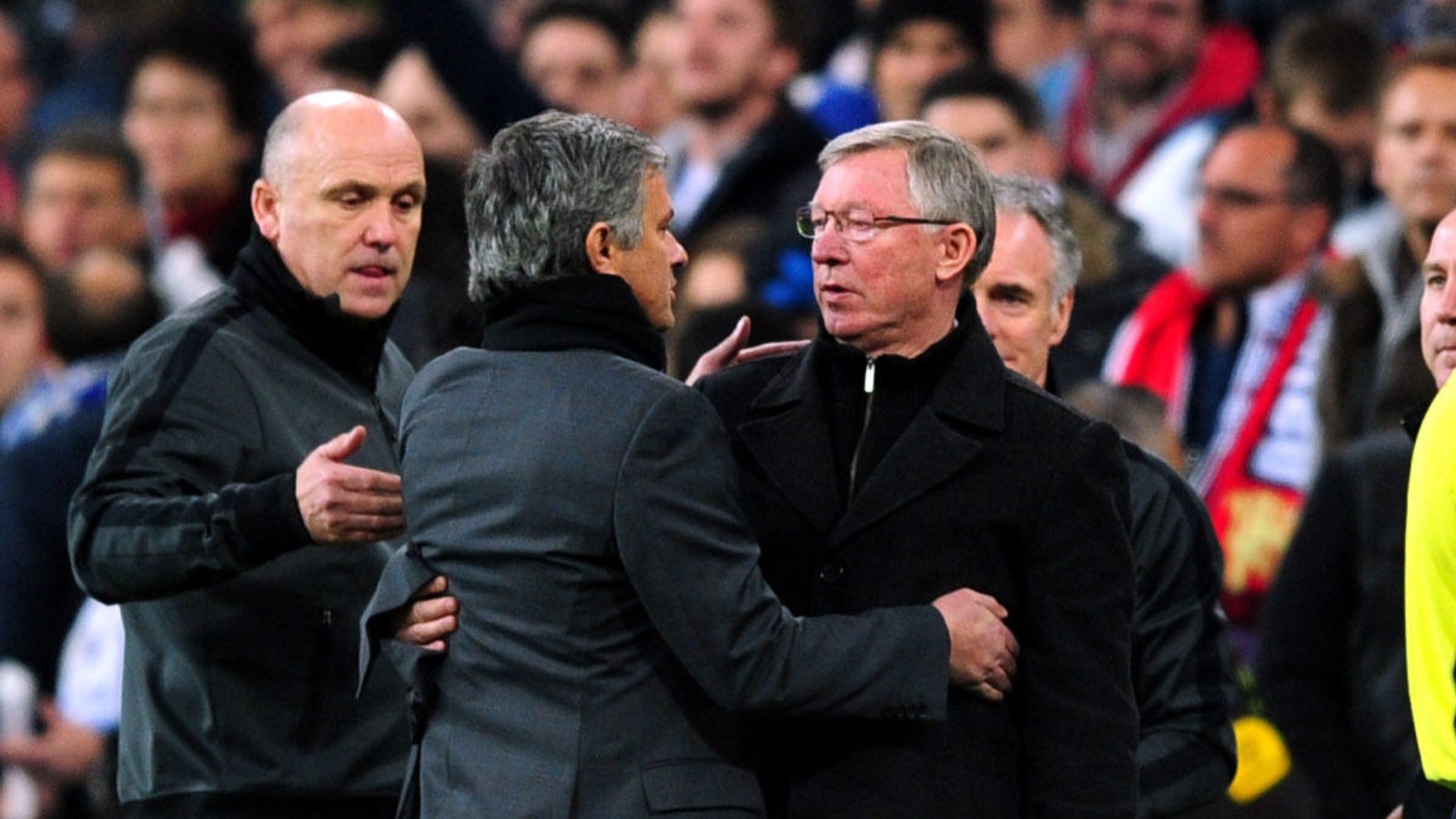 Ahead of the Europa Conference League final, Jose Mourinho has revealed what Sir Alex Ferguson told him before his retirement in 2013.

The 59-year-old will send his Roma side into Europa Conference League battle with Feyenoord at the Arena Kombetare in Tirana on Wednesday evening with the words of former Manchester United boss Sir Alex Ferguson ringing in his ears.

Mourinho was invited into Ferguson’s – and later his – office at Old Trafford ahead of a Champions League clash in March 2013 during his time as Real Madrid boss and was served with a warning of what lay ahead for him.

The Portuguese told UEFA’s official website: “I asked him, ’What is it like, boss? Does it change? Does it change over the years?’. He said, ‘Forget about it. Nothing changes. It’s the same up until the very last day’.

“I cannot tell you when I am going to stop because I cannot visualise it. The passion doesn’t change.”

Mourinho, who led former club Porto to UEFA Cup and then Champions League glory before repeating the latter feat with Inter Milan and then winning the Europa League with United, will attempt to complete the current set of European honours in Albania.

Roma, who secured their place in the final with a 2-1 aggregate victory over Leicester in the last four, head into the game having won just two of their last eight games in all competitions, and with their manager – part of Sir Bobby Robson’s staff at Barcelona when they won the European Cup Winners’ Cup in 1997 – aware of another potential landmark.

Mourinho said: “Does each new achievement mean more than the previous one? It does.

However if Mourinho and his players are to achieve their dream, they will have to find a way past a Feyenoord side that finished third behind Ajax and PSV Eindhoven in the Dutch Eredivisie and which had gone 10 games without defeat in all competitions until they went down 2-1 at home to FC Twente in their final league fixture.

Arne Slot’s side got the better of Ligue 1 runners-up Marseille over two legs to book their showdown with Roma and with their European pedigree – they won the European Cup in 1970 and the UEFA Cup in both 1974 and 2002 – well established, have high hopes themselves.

Slot told UEFA’s official website: “To reach a final, you need luck at the right moments, but this group certainly has quality too.

“But again, we haven’t won anything yet and we really want to do that.”