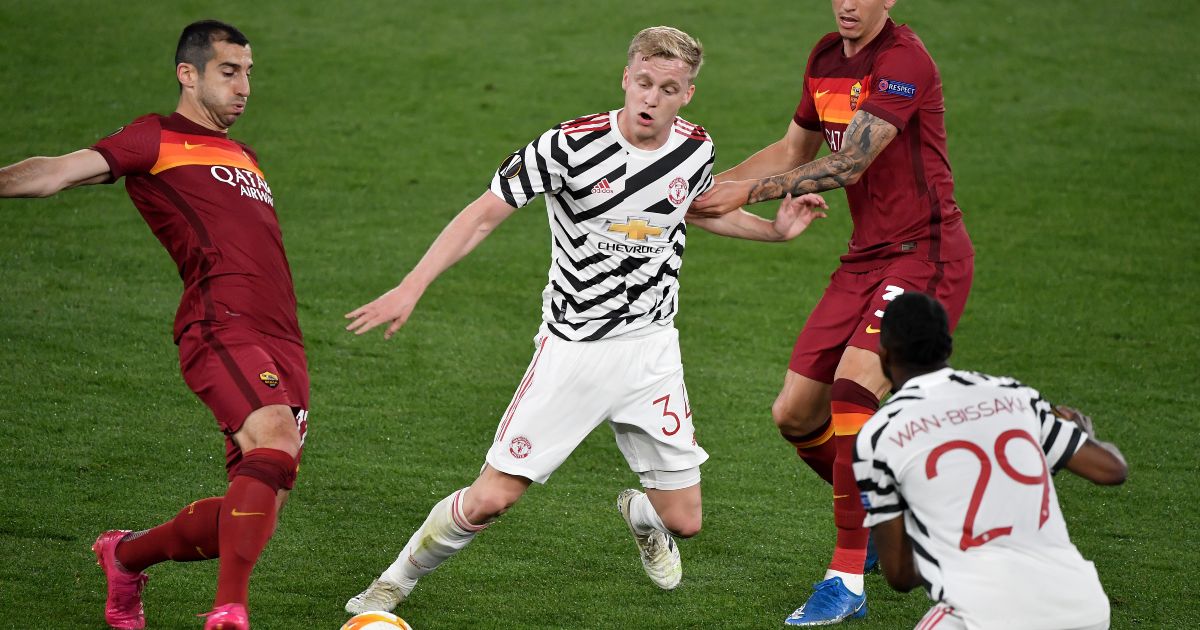 Incoming Roma boss Jose Mourinho is ready to spend some of his summer transfer budget on Man Utd flop Donny van de Beek, according to reports.

But Mourinho has wasted no time getting back into management with Serie A side Roma offering him a job from the start of next season.

Mourinho has already been linked with moves for Eric Dier and Pierre-Emile Hojbjerg, his former players at Spurs, while Man Utd goalkeeper David de Gea has also been mentioned as a possible target.

And now Calciomercato claims that United flop Van de Beek is ‘on Mourinho’s shopping list’ as he looks to revamp his Roma squad in the summer.

The report adds that Roma have already asked about his availability in ‘recent months’ but ‘the Red Devils had fired high asking for’ Nicolo Zaniolo in return.

Van de Beek signed for Man Utd in the summer for £40m from Ajax but Calciomercato estimate that Roma would need €30m (£26m) to take him to the Stadio Olimpico this summer.

The Netherlands international has found it a struggle to break into the team with the likes of Paul Pogba, Bruno Fernandes, Fred and Scott McTominay ahead of him in the pecking order under Ole Gunnar Solskjaer.

The 24-year-old has made 33 appearances in all competitions for Man Utd this term but only 13 of those have come in the starting XI.

“He walked the perfect path before joining United. He joined the [Ajax] first team from the academy, became a starter, won trophies, performed in Europe.

“But the midfield of Manchester United is too stacked, they’ve not had any injuries. It’s hard for him.”

Ajax legend Marc Overmars also had his say recently, claiming that Van de Beek should stay and fight for his place at Old Trafford.

Overmars told NOS: “I think Donny should just fight, stay next year and try to claim a starting place. You shouldn’t leave so quickly.”