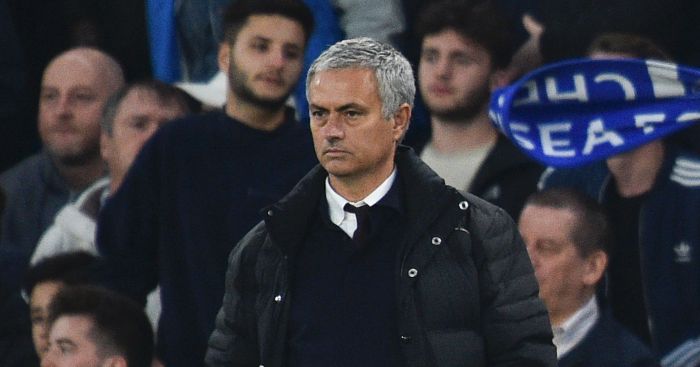 Manchester United boss Jose Mourinho thinks his side “played well” during their 4-0 loss to Chelsea at Stamford Bridge on Sunday.

Antonio Conte’s men dismantled the Red Devils with Pedro’s opening goal after 30 seconds setting the tone for the Blues.

Further goals from Gary Cahill, Eden Hazard and N’Golo Kante made the result comfortable for Chelsea, who move up to fourth in the Premier League, one point behind leaders Manchester City.

Despite an impressive performance from the Blues, defensive errors cost United badly and Mourinho addressed the mistakes in his post-match interview.

“They are very dangerous in counter-attack, we knew that. I said if we score at the 2-1 game is different, that was not for us and they scored the third and fourth.

“When mistakes are individual it is hard for the manager and the players, they know the mistakes that were made.

“Football matches start at 0-0, this match started 1-0. It is like giving Chelsea chance to play how they want. Everything went in their direction.

“I was focused on the game, calm with a bit of adrenaline, I didn’t feel it different to any other big matches.”

United are now six points behind City – who they host in the League Cup at Old Trafford on Wednesday – in seventh.