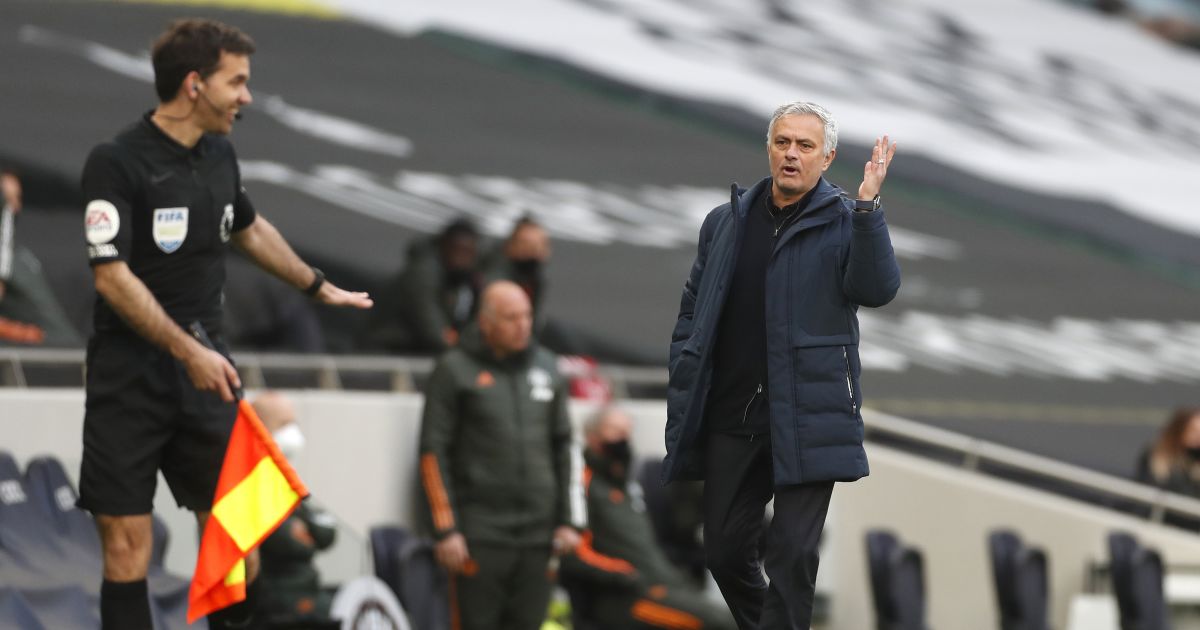 Son was involved in a controversial moment in the first half when he went down holding his face after being fended off by Scott McTominay in the build-up to an Edinson Cavani goal, which referee Chris Kavanagh eventually ruled out after a VAR intervention.

The South Korean then put Spurs in front six minutes later before a stirring fightback after the break saw United win it thanks to goals from Fred, Cavani and Mason Greenwood.

But the Norwegian was unhappy with Son after the game and said: “We shouldn’t be conned. If my son stayed down for three minutes and needed 10 mates to help him up, he wouldn’t get any food.”

Those comments infuriated Mourinho, who was possibly deflecting from a defeat that realistically ends Tottenham’s Champions League qualification hopes, and the former United boss went in hard on the man who replaced him at Old Trafford.

Unprompted, Mourinho said: “First of all, let me tell you something. I’m very, very surprised that after the comments that Ole made on Sonny, you don’t ask me about it.

“Because – and I told Ole already this because I met him just a few minutes ago – if it’s me, telling that player A, B or C from another club, if it was my son I wouldn’t give him dinner tonight, what would be the reaction of that?

“It’s very, very sad. I think it’s really sad that you don’t ask me about that. It’s sad you don’t have the moral honesty to treat me the same way as you treat others.

“In relation to that, I just want to say that Sonny is very lucky that his father is a better person than Ole. I am a father. I think as a father you have always to feed your kids. Doesn’t matter what they do. If you have to steal to feed your kids, you steal.

“I’m very, very disappointed. As we say in Portugal, bread is bread and cheese is cheese. I told Ole already what I think about his comments and I’m very disappointed that in five, six, seven questions you ignore the dimensions of that comment.”