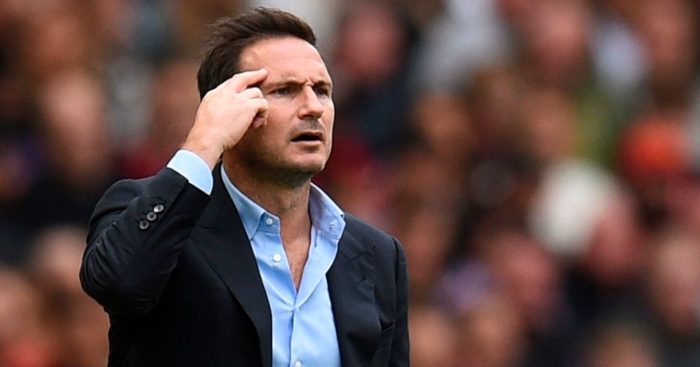 Jose Mourinho thinks Frank Lampard should have picked a more experienced side to play Manchester United on Sunday as Tammy Abraham, Mason Mount and Andreas Christensen all struggled for Chelsea in a 4-0 loss.

A Blues line-up featuring several players light on top-flight experience started brightly at Old Trafford, where both Abraham and Emerson hit the woodwork, but they trailed at the interval to Marcus Rashford’s penalty.

Anthony Martial doubled United’s advantage after the hour mark before further strikes from Rashford and substitute Daniel James gave the hosts victory by a margin that somewhat flattered them.

Chelsea had the lion’s share of possession and more shots at goal but were ultimately left reeling from their heaviest loss to United at Old Trafford since 1965.

“It’s not about being senior or not senior, it’s about performance,” Mourinho told Sky Sports.

“You can come from three weeks with an injury and arrive, if you have the right mentality, you are ready.

“If Kante can play 30-35 minutes he can start the game. And then if he lasts only one hour then he lasts one hour. It’s difficult to say because I was not there and maybe the reality is completely different.

“One thing I was very critical with is when I am the manager and you are the pundit sometimes you say things I think to myself, ‘you don’t know what is going on, what are you saying? You are completely wrong.’

“Maybe Frank listens to us and says Kante is impossible to play. My feeling is that today they had a possibility to play with more know-how.

“A little bit of experience [from Chelsea] would fit well with the team.