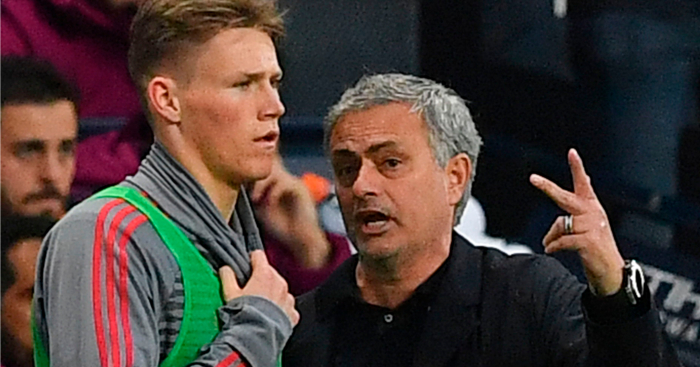 United slipped into ‘a crisis’ on Wednesday by losing 1-0 to one of the best teams in the world in the first leg of their Champions League quarter-final.

The performance of McTominay was one of few genuine positives to emerge from Old Trafford, with the Mailbox demanding he be appointed captain.

Mourinho agreed with managerial successor Ole Gunnar Solskjaer that the Scottish midfielder was worthy of the highest praise.

“I think United had one player that was responsible for that because I think Scott McTominay in midfield, he was like what I used to call – but when I use this expression it’s obviously in the total positive sense of the word – he was a mad dog.

“Afraid of nobody. Imposing his respect. Pressing really hard with a huge range of movement, a huge area of pressing.

“Pressing higher and creating problems in Barcelona building up then really aggressive on the duels.”