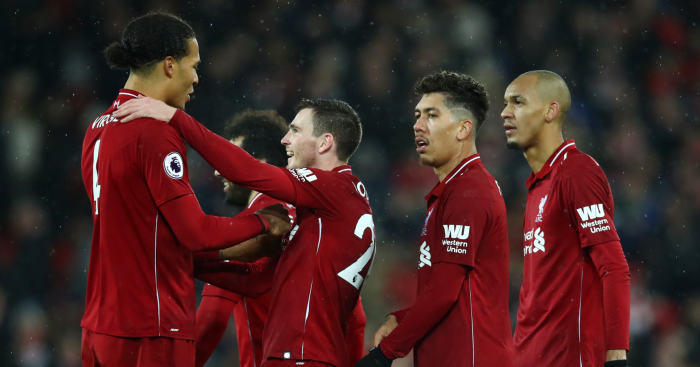 Mourinho watched his Manchester United side fall to a 3-1 defeat to Liverpool on Sunday, with Gary Neville’s best mate scoring two late goals.

Robertson was mentioned only briefly in 16 Conclusions, but was the subject of high praise from United boss Mourinho – who appears to have a fetish for Scottish players.

“We have lots of players that I could consider injury prone because some of our players are always injured and it is not with me,” said the Portuguese.

“It was before me. It was if you look to the stats with Mr Van Gaal and before (him) with David Moyes.

“When the game has high levels of intensity, it is difficult for us. Our first 20 minutes was difficult. When we had the ball, and the tension and intensity, went down it was easier for us to be in the game.

“You can compare my Porto team with Liverpool. You can compare. The qualities of the players are there. It was my best team in defensive transition. We lose the ball and we bite like mad dogs and recover the ball after a few seconds.

“They are fast, they are intense, they are aggressive, they are physical, they are objective. They play 200 miles per hour with and without the ball. I am still tired just looking at Robertson! He makes 100 metre sprints per minute. Absolutely incredible. These are qualities.”