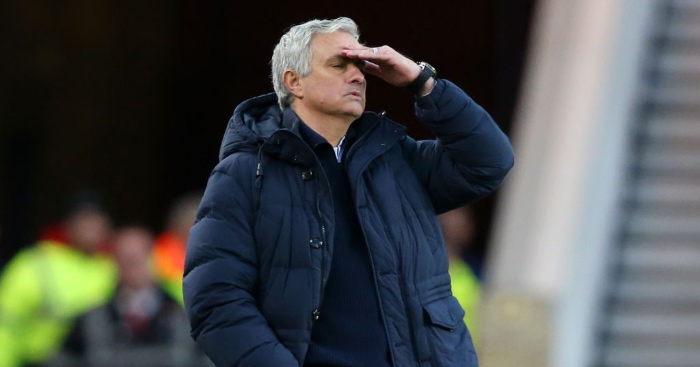 Tottenham boss Jose Mourinho slammed the VAR decision to award Middlesbrough their goal against Spurs and claimed the FA Cup ball is “too light” as his side drew 1-1 at the Riverside.

Ashley Fletcher opened the scoring for Middlesbrough shortly after half-time in a contentious decision before Lucas Moura levelled it for Spurs and secured a replay.

And Mourinho gave some vintage responses in his post-match interviews…

He told BT Sport: “I think this ball is beach ball. It’s too light. I don’t think it helps the players. But that’s not an excuse” – it certainly sounds like one Jose…

He was also asked if the Middlesbrough goal should have been disallowed.

He said: “Yeah because the Middlesbrough goal is offside. VAR would give [the offside decision]. But the game was good.

“The referee was not some guy in an office 200 miles away. We don’t have VAR. We have VR, video referees in control of the game. They’re not assisting the referee.”

On the game, Mourinho told BBC Sport: “When we were losing 1-0 without strikers or the power to play inside their defensive line with lots of bodies and great soul, at that moment I had the feeling of ‘we are in trouble’.

“But then everyone reacted. I reacted. The boys reacted.

“Giovani lo Celso and Erik Lamela [who came on in the 56th minute] helped us a lot. If one team has to win, it has to be us because we had so many chances. We missed easy last balls.

“We wanted to win but we knew it would be difficult. We managed to bring the game to our stadium. It’s a game we don’t need, our squad is short with so many problems – but it’s a game at home and we have to go for it.

“We knew the way they play, long balls to the strikers. Because we have no striker I wanted to give Son and Lucas the chance to play together as a more dynamic double striker pair – different to Harry Kane. But Lamela and Lo Celso gave us more ball. We played well very in the last 20 minutes, we were just missing a second goal.