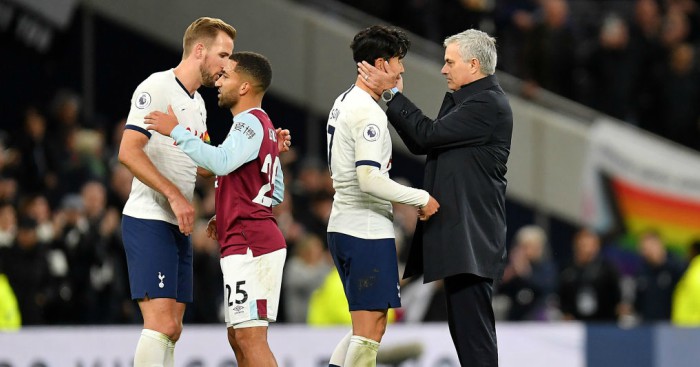 Jose Mourinho took the match ball from Son Heung-min and gave it to his Tottenham teammate Troy Parrott at the end of Saturday’s win over Burnley.

Heung-min scored one of the goals of the season in the 5-0 rout of the Clarets and looked like he was going to claim the match ball despite not scoring a hat-trick.

But Mourinho took away the ball and gave it to 17-year-old Irish striker Parrott, who came off the bench for his debut.

“It’s the Premier League debut for a 17 year kid, so if he has the chance to have the ball for his debut.

“Sometimes [the match ball] is for the guy who has his hat trick but I think it has a bigger meaning for a 17-year-old boy.

“Last week he was playing in the UEFA Youth League with kids of his age. Today he played in the Premier League.

“He played for Tottenham in the Premier League, played for his country in a match in Dublin.

“I think amazing week for him.”