Home Mediawatch ‘Mourinho is fierce and surly as a woman’? It’s Mediawatch… 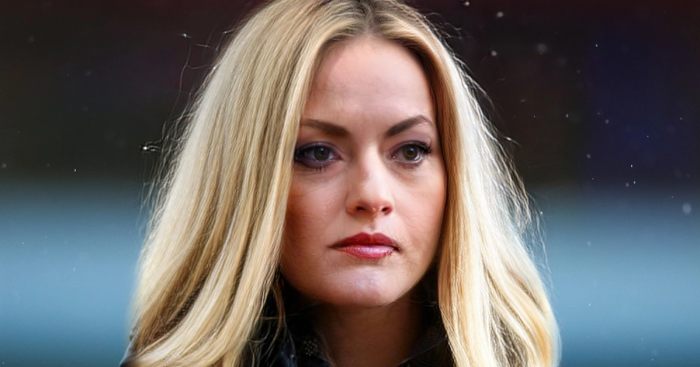 Mourinho as a woman, is it? But first…some other nonsense.

Down in the dumps
The next time you get behind the wheel of your car and drive to work – alone – during a global pandemic, be sure to be sporting a massive bloody grin. Because that would be utterly normal, right?

Otherwise, you run the risk of being labelled ‘glum’ and ‘downcast’ as tabloid websites try to turn an image of you driving a car – with a neutral expression – into an actual ‘story’.

Why did David De Gea not look positively giddy as he drove into Carrington on Monday? Was the ‘Span international’ (sic) trying to drive but was distracted by the news that ‘Dean Henderson – currently on loan at Sheffield United – has reportedly demanded the No1 spot if he returns to Old Trafford next season’?

If so, what is the explanation for Ole Gunnar Solskjaer, Harry Maguire, Bruno Fernandes, Nemanja Matic and Marcus Rashford arriving at work with similarly neutral/glum expressions? Are they all worried about Dean Henderson taking their place? To be fair, he probably turns quicker than Maguire…

We’ve got to work on a cooler celebration mates 😅 @ManUtd pic.twitter.com/UpO92pubOd

…and immediately thought ‘oooh, Bruno Fernandes sends Paul Pogba message as duo prepare to start together for first time’, then congratulations for you could work for the Mirror website.

No Diggity
The dictionary definition of ‘unearth’ is ‘find (something) in the ground by digging’.

It turns out that ‘unearth’ actually means ‘pay £50m transfer fee for’. But they’ve nailed one thing: Spending £50m on a right-back DID solve Manchester United’s problem of not really having a right-back.

Cue ‘Man Utd transfer blow as Liverpool ‘make £54m bid for Kalidou Koulibaly’ and Chelsea join race for Napoli defender’ from The Sun, and the frankly ludicrous notion that Liverpool reportedly making a bid for Koulibaly and coming up £34m short is a ‘blow’ for Manchester United.

If anything, it’s a bloody transfer boost.

“There’s not many players in world football that are able to go both ways like Mason does. Equally, left and right foot, he’s ridiculous.

“I thought he was left-footed and then he takes penalties with his right! And I’ve seen him take a free-kick with his right foot, his left foot. ‘I’m like “what’s wrong with you!? Just pick one! Are you okay?””

It’s at this juncture that we realise that we are just amateurs.

The ‘one man’ is Bruno Fernandes and that ever-so-slight dig was hidden in a whole load of quotes about his brilliance. Cheeky.

A genuine appeal
Usually we can work out why a certain piece of content has been published, but we are utterly confused – and appeal for your answers at theeditor@football365.com – by this spate of copycat stories this Tuesday morning, over three years after Jose Mourinho turned to Michael Carrick and asked him why the Manchester United fans were singing about Diego Forlan. None of the protagonists are trending so how to explain this?

Ask a simple question
‘HAVE you ever wondered what your favourite Premier League manager would look like with a female makeover?’ – The Sun.

FaceAche
Obviously we cannot just walk away from this.

We must first bring you some of these words, written by actual professional journalists after using FaceApp:

‘With a bit red lippy, sultry Arteta looks beguiling as a woman.’

‘Jurgen Klopp and his striking personality resonate as a lady’

‘Frank Lampard is just as pensive as a lady’

‘Ole Gunnar Solskjaer’s curls are longer as a lady’

‘Mourinho is fierce and surly as a woman’

‘As a lady, he has a cheeky glint in his eye but there’s no hiding it’s Rodgers.’

‘Roy Hodgson doesn’t suffer fools as a lady either.’

‘Steve Bruce and his strong features shine as a woman’

Sorry, we must stop for a second to re-read that sentence before we go again…

‘Nuno Espirito Santo is unrecognisable when his gender is swapped’

‘Ralph Hasenhuttl is a thoughtful looker regardless of sex’

‘Burnley boss Dyche is so masculine, it’s hard to imagine him looking like lady.’

‘The Aston Villa boss and Chris Wilder could be sisters!’

‘Long hair suits Potter, and his lines are smoothed out.’

‘The years are knocked off a beardless Daniel Farke.’

Mediawatch is amused. And ever so slightly aroused.