Home All The News Mourinho: Spurs were in ‘control’ but ‘defensive mistakes’ cost them 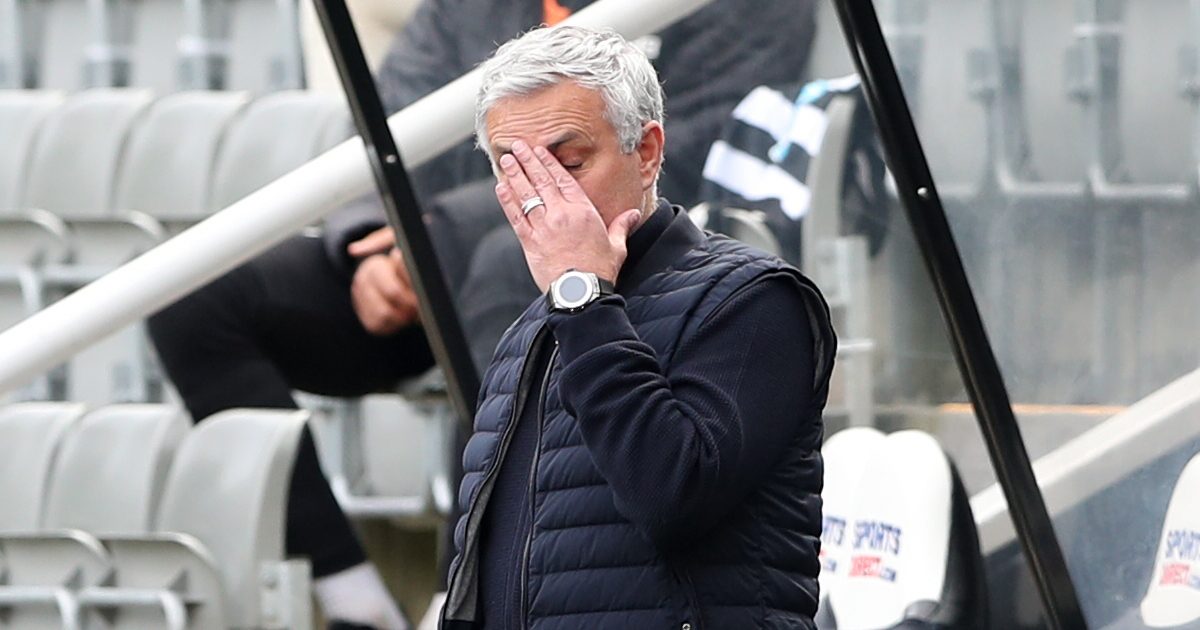 Jose Mourinho insisted that Tottenham Hotspur created their own “instability” against Newcastle by making mistakes in defensive areas.

Newcastle started the game the better of the two sides. A couple of chances slipped them by in the early going but they did take the lead in the 28th minute. A poor clearance from Davinson Sanchez allowed Sean Longstaff to advance into the penalty area.

The midfielder let in Joelinton and the striker hit it first time past Hugo Lloris. This goal woke Tottenham up though.

OPINION: Nobody happy at the end of a bleakly comic Misery Derby

Harry Kane scored twice in the space of four minutes to turn the game on its head before half time. His first goal was slightly fortunate as his heavy touch bounced back off of Emil Krafth before he tapped it home.

The forward was clinical with his second goal as he fired into the bottom corner from around 12 yards out.

The Magpies stayed in the game in the second half before they grabbed a deserved equaliser in the 85th minute. Spurs failed to clear which allowed Arsenal youngster Joe Willock to smash the ball home from close range.

They move up to fifth with this draw but they miss a chance to move into the top four. Mourinho told BBC Sport that despite dropping points, they did not have many problems:

Mourinho: “The Premier League is hard and is high-level football, and when in some actions you don’t show that you belong to that high level of football, it’s difficult.

“We made mistakes. We made defensive mistakes that lead to instability. In the first half we were always in control, even in the second half when we had the ball we didn’t have any problems.

“We could have scored a couple more, but in defensive situations we create instability with our mistakes – and instability brings hope to our opponent, and our opponent didn’t give up. I had the same feeling and I’m on the bench. It’s difficult to have the feeling of absolute control because I know that what happened can happen.

“It’s not just about the defensive mistakes that lead to goals, we have situations where we have the ball and I know already the ball is going to end with Hugo Lloris. That’s the way we sometimes create instability to ourselves. We gave the chance to the opportunity to push up.”