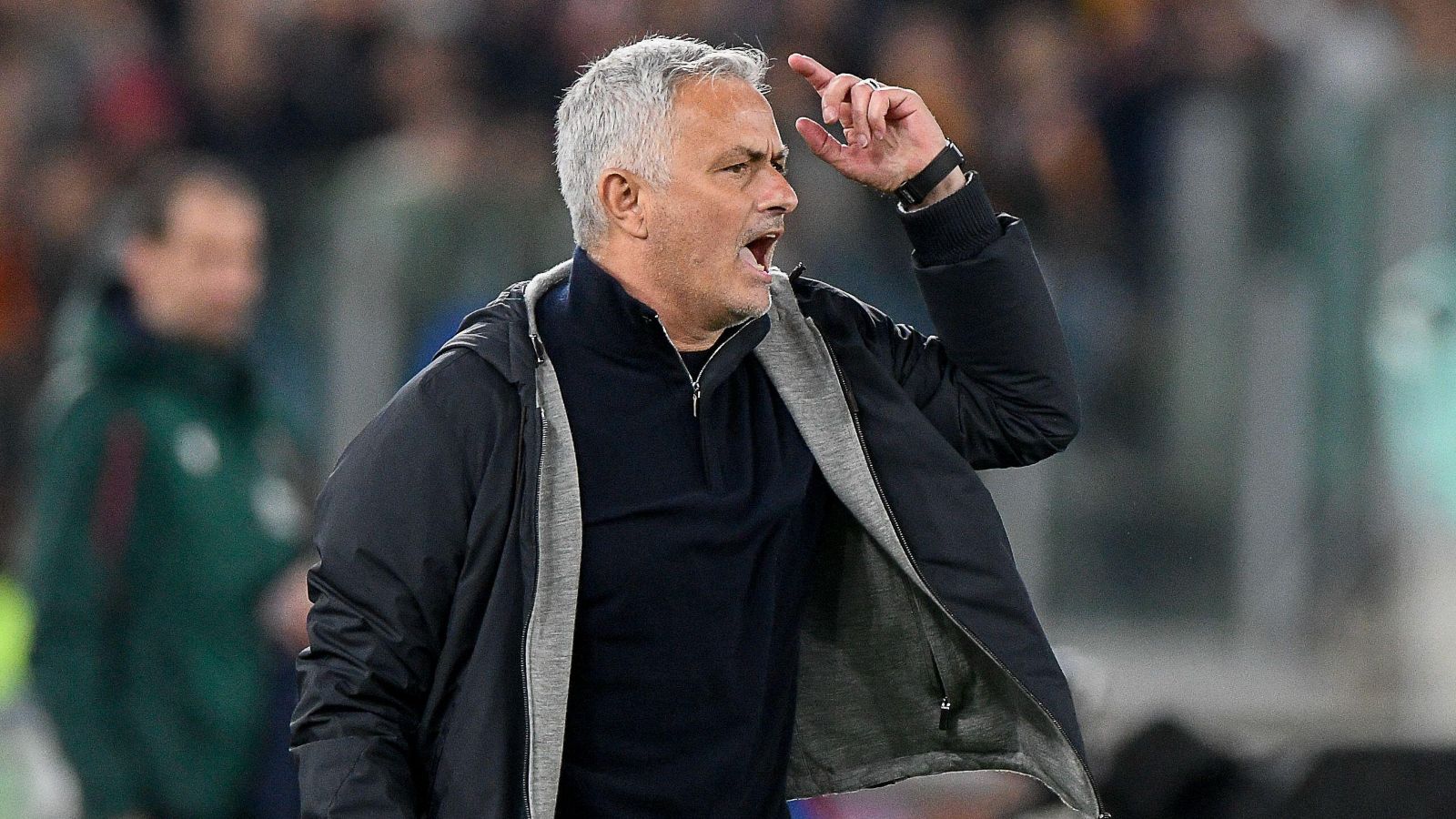 A few days after he was sacked by Spurs, he was announced as Roma’s new manager in April 2021. He left Tottenham the week of their Carabao Cup final versus Man City.

He replaced Paolo Fonseca and the ex-Chelsea and Man Utd boss has guided Roma to fifth place in Serie A this season.

They now host the Foxes in their Europa Conference League semi-final second leg, after last week’s 1-1 draw, on Thursday and Mourinho wants to end a 14-year trophy drought at the Stadio Olimpico.

He said: “I’m enjoying it very much. I’m happy every day I come to the training ground. Do I want more? Yes I want more. Do I want next season to be able to think bigger? Yes.

“I knew the project, the nature of it and I am loving sharing every day with the players.

“They want to grow up, I’m with them, I try to give everything I have. The work has been so hard for all of us, I think we deserve to end the season with something to celebrate.

“A trophy would be amazing, of course to finish in a position to allow us to play European competition next season is also a positive thing. Tomorrow is one big step.”

Ahead of tomorrow's second leg, catch up on our Tunnel Cam from last week's first leg in Leicester!

Roma are chasing their first European trophy for 50 years having won the Anglo-Italian Cup in 1972, when they beat defending champions Blackpool.

“It is the same every game, I always say there is only one match that I didn’t win which is the next one,” said Mourinho, who is without the injured Henrikh Mkhitaryan after he limped off in Leicester last week.

“It’s not just the next match, it’s a special match. It’s been a long run for us, a different run than Leicester’s, our run was the Europa Conference League since day one and day one was very, very difficult.

“So, 14 matches later we have the chance to play the final and we have to do anything we can.”

Leicester boss Brendan Rodgers bought Mourinho a £500 bottle of his favourite wine last week but said he will settle for a cup of tea in return, with the Portuguese joking he will now keep the present he has for his opposite number.

“I bought him a very nice gift but, because he wants tea, I’ll keep the gift for me. No problem,” he said.

“Brendan’s (success) doesn’t surprise me. With Liverpool people forget what he did with much less resources than they have now. He did an amazing job and, the Scottish history, people forget because people don’t focus on the SPL.

“They (Rodgers and Leicester) are the perfect fit but I hope tomorrow is for us, not them.”