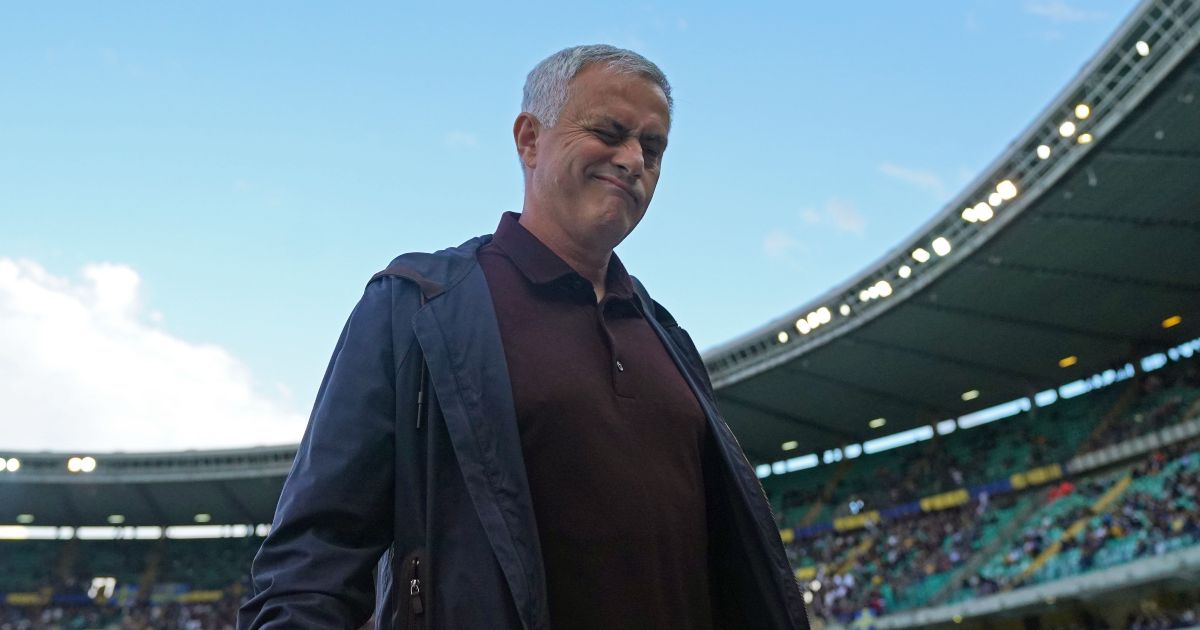 Jose Mourinho wants to bring Man Utd defender Diogo Dalot to Roma in the January transfer window, according to reports in Italy.

It was reported that the Red Devils were trying to bring Atletico Madrid right-back Kieran Trippier to the club in the summer, only for the defender to prove too expensive.

Dalot made 33 appearances in all competitions for the Rossoneri last term and scored two goals in the process.

The Portugal international – who appeared for his country at Euro 2020 – has now returned to Old Trafford and is a back-up option behind Aaron Wan-Bissaka but some fans want to see the 22-year-old start.

Dalot has been limited to just 54 minutes in all competitions this season and now Italian publication Calciomercato claim that Mourinho is keen on his compatriot.

Mourinho was the manager who brought him to Old Trafford and Calciomercato claim that he still ‘really likes’ the right-back.

The Roma board are ‘studying the strategy’ as they weigh up a loan move in the January window with an option to buy the defender.

Calciomercato adds: ‘Dalot would represent more than an alternative to [Rick] Karsdorp and has those characteristics that Mourinho is looking for.’

In September 2018, Dalot made his debut for Man Utd in the Champions League against Young Boys and Mourinho predicted he would stay at Old Trafford for ten years after an impressive performance.

“Everyone could see the potential,” Mourinho said at the time of the youngster that Man Utd paid Portuguese side Porto £19m for in June 2018.

“Everyone could see he’s a 19-year-old player that has more than 10 years to play for Manchester United,” Mourinho added.

“But I also want to be nice to Luke Shaw because I think Diogo and Luke played very, very well and our danger came from both of them.

“They had fantastic movement, depth, crosses, assists, were involved in the most dangerous actions and they defended well.”