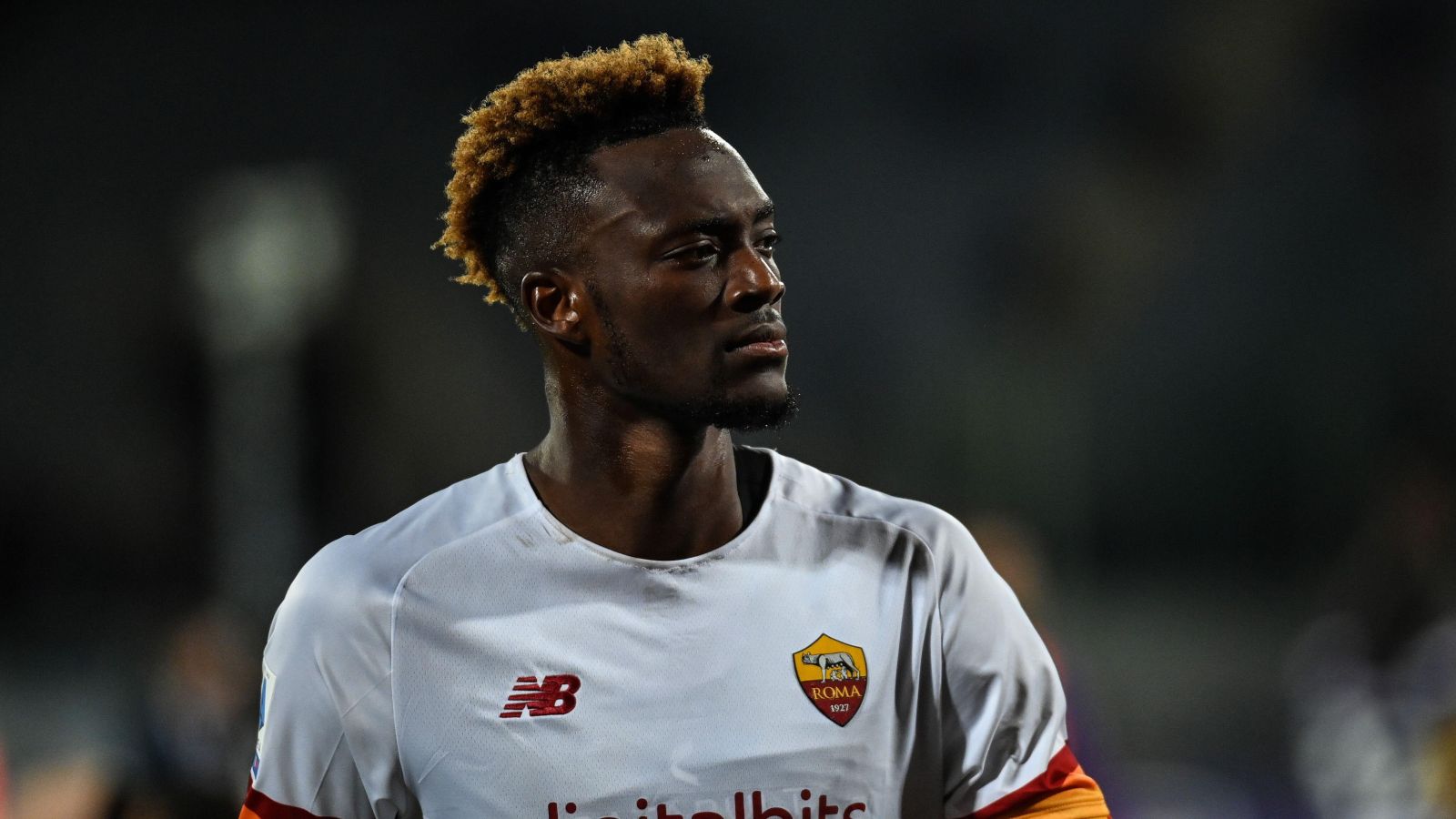 Roma boss Jose Mourinho has said that Tammy Abraham “just needs to click his fingers” if wants to return to England amid rumours that Arsenal want to buy him this summer.

The 24-year-old moved to Roma from Chelsea last summer in a deal worth around £34m and the England international has been in brilliant form in his first season for the Giallorossi.

Abraham has scored 19 goals in 43 matches in all competitions this term, including 15 goals and four assists in Serie A.

That form has seen speculation that Arsenal will make a move in the summer transfer window with Eddie Nketiah and Alexandre Lacazette set to leave on free transfers this summer.

Reports claim that the Gunners are looking to sign two new strikers in the summer and there was a claim at the end of April that Arsenal are ready to offer a £50m package to lure Abraham back to the Premier League.

And now Mourinho has hinted that he won’t stand in Abraham’s way if he wants to leave for Arsenal or any other Premier League club this summer.

Asked about the ongoing speculation around Abraham, Mourinho said: “I don’t think it’s an easy decision for a young, local player to leave his club, to leave his house, his city, his country, to leave the Premier League – which of course is a competition that, when a player is in it, it’s hard to leave.

Mourinho added: “I’m so happy for him, back to the national team, loved in Rome. I don’t want to say he’s proven everybody wrong, because I think everyone knows that he’s a good player.

“And I think also with [Chris] Smalling and [Fikayo] Tomori showing the English boys that there is life outside the Premier League and in Italy there is a life that makes them even better players than they are.”

Speaking about his future last month, Abraham said: “I was born and raised in England, so of course there are many rumours here and there that there’s clubs interested.

“I’m clearly doing something right at Roma if people are interested. I just have to stay focused, keep doing my thing, keep playing my football, focus on this competition [Europa Conference League], where we finish in the league, and we’ll see what happens in the future.”