Home All The News Mourinho: The 6-1 win at Old Trafford does not ‘reflect the reality’ 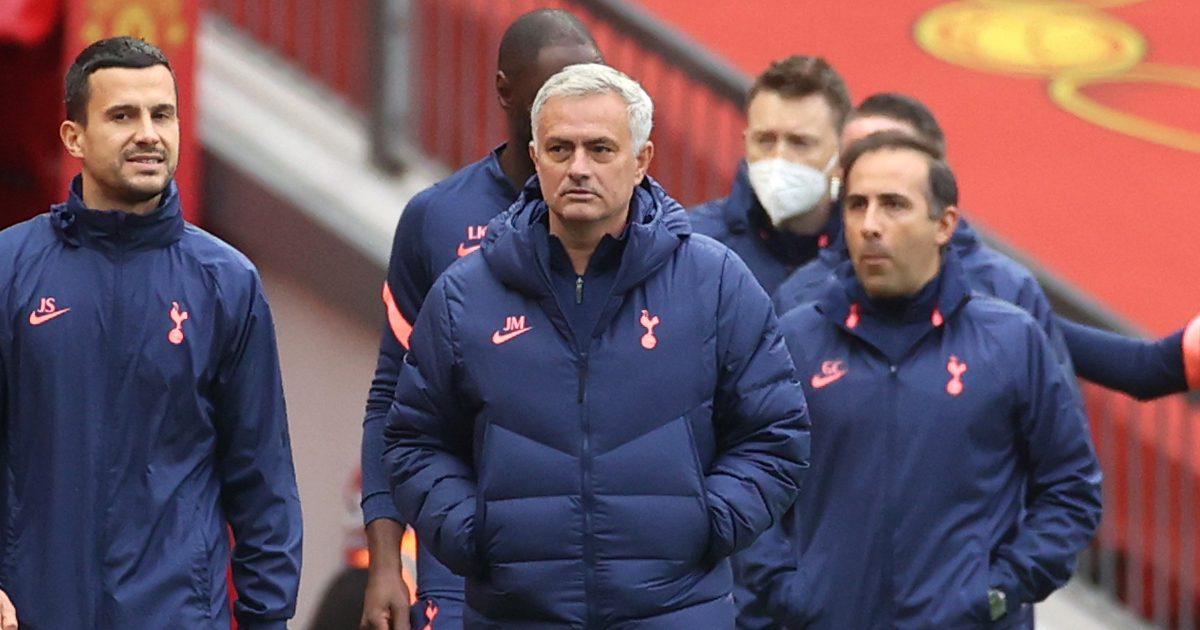 Jose Mourinho has insisted that Tottenham’s 6-1 win at Old Trafford earlier this season gives an unclear reflection of the quality of both teams.

That defeat served as something as a wake-up call for Solskjaer’s side as they kick-started their campaign and are now primed to finish runners-up behind local rivals Manchester City.

Solskjaer called that afternoon his most embarrassing in football, but Mourinho doubts it will come into his pre-match thinking as United visit the Tottenham Hotspur Stadium on Sunday afternoon.

“I believe that 6-1 doesn’t reflect the reality. It can happen. Of course it can happen, between two greats, the results they can happen in an isolated way,” Mourinho said.

“I go much more in the direction of the other two previous matches between us and United. We lost 2-1 at Old Trafford, with the penalty, and we draw 1-1 at home last season, also with a penalty. I think this is more the reality.

“We are not far from each other so I think it is going to be a difficult match for both.

“If Solskjaer is going to use that result I don’t know. If it was the opposite. If it was my team losing 6-1 to them I would just say to my guys that it happened once and it’s not going to happen twice. This doesn’t reflect the reality.

“The game is going to be tight and we can win, but I don’t know, maybe Solskjaer has different things.”

Mourinho’s side will be hoping to end United’s staggering 22-match unbeaten away record as they aim to keep their top-four hopes alive.

“I am not going to comment on the record other than to say congratulations for the record,” the former United boss said.

“We are going to try and win the match. It is the only thing that I can say.

“Then at the end of the match maybe the result is different and their record becomes even better, but it is not the record that is going to stop us going into the game thinking we can win it.”

Spurs are without Matt Doherty (muscle) for the game while Ben Davies is sidelined with an ankle problem.