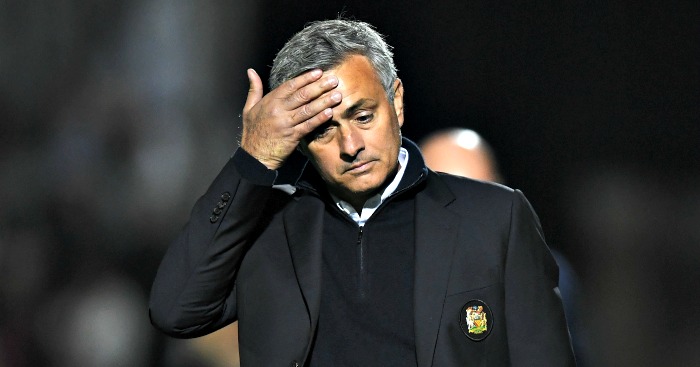 Jose Mourinho wants to sell at least eight players over the next two transfer windows as he embarks on a Manchester United squad revamp.

Mourinho was appointed successor to Louis van Gaal in the summer, and took to life at Old Trafford well initially, winning the Community Shield and his first three games in the Premier League.

However, United now sit eighth in the Premier League, and are struggling for form.

A 2-1 Europa League defeat to Fenerbahce on Thursday means the club have now won just two of their last seven games, and have already lost five.

According to the Daily Telegraph, the Portuguese now feels he underestimated the size of the task that faces him, and he is keen to offload eight players over the next year.

‘Mourinho believes he has taken on a bigger job at Old Trafford than he originally thought and is ready to make extensive changes to the squad next year. If there is a possibility of doing business in the January transfer window, both in terms of incomings and outgoings, the Portuguese will do so, although the bulk of United’s activity will take place next summer.

‘Mourinho has concerns over other members of his squad, too, but accepts there will be a limit to the number of players he can move on and sign in any one transfer window. Marouane Fellaini will enter the final 12 months of his contract next summer, as will captain Wayne Rooney, whom Mourinho has insisted remains part of his plans. There is an option on Rooney’s contract that would enable either the player or United to extend the deal until June 2019 but that seems unlikely to happen.’

Just remember, it isn’t Jose’s fault. How can he possibly put up with this squad…?