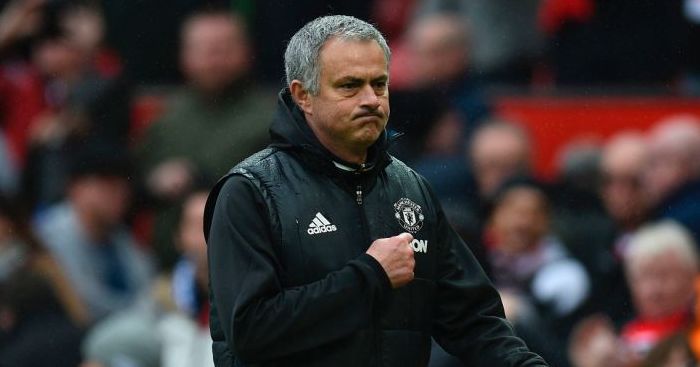 West Ham v Tottenham
Crazy, crazy week for Tottenham, who bin Mauricio Pochettino and less than 18 hours later announce Jose Mourinho as their new boss. It will be interesting to see what impact Mourinho has. They are 7/2 outsiders to finish in the top four as things stand, but odds-on across the board to win Saturday’s early kick-off. In the coming weeks the Portuguese will surely focus his efforts on trying to rebuild this Tottenham defence, but right now they look very short and a few quid on the draw looks the sensible play here.

Arsenal v Southampton
The Gunners have kept just two clean sheets in 12 games so far and so every man and his dog will be on both teams to score at the Emirates. However the reason why this column remains pure punting razzmatazz is the fact we don’t always go with the obvious. So we are going to go balls out here on Arsenal to win to nil. Remember, only dead fish swim with the stream.

Bournemouth v Wolves
Wolves are aiming to extend a seven-match unbeaten run – their longest in the top flight since the 1973/74 campaign, a time of Magna Doodles, Alvin Stardust and Quiche. It’s all a far cry from the UK in 2019 where this week #Nonce was trending at number 1 on Twitter.

Brighton v Leicester City
If you’ve got £50 burning a hole in your Levi’s this weekend you could do a damn sight worse than lumping it on Leicester. The Foxes have been the punter’s pals all season long and find themselves in second place in the table after a quite brilliant start. Another title might be a bit of a stretch but they should certainly score a win here against a pretty average Brighton.

Crystal Palace v Liverpool
Liverpool are 29 league matches without defeat, a streak dating back to January 3. Absolutely mental. And they are 2/5 shots to get it done at Selhurst Park this weekend. The Eagles have already lost to Leicester City and Chelsea this season so this should be light work for the Reds. An industry insider I know reckons Mauricio Pochettino will be next manager of Palace. He’s a double-figure price at time of writing. Alas the ‘industry insider’ is a mate called ‘Chunky’, whose only media appearances to this point have been in the ‘Hartlepool Court Round-Up’. Please gamble responsibly.

Everton v Norwich City
This season has been a bit of a sh*tshow so far for Evertonians, but 10 of the 14 points they’ve acquired have come at Goodison. And the Canaries have shipped 12 goals in just six away games. Home win.

Watford v Burnley
The Hornets, under new manager Quique Sanchez Flores, have lost just once in their last five league outings. Troy Deeney is set to return and they look good things to see off Burnley here.

Manchester City v Chelsea
Pep Guardiola’s men are 2/5 shots this weekend to beat Chelsea. Is it just me or is this not a bit short? Frank Lampard’s fearless young Blues are zoning in on what would be a seventh straight Premier League victory, and an eighth consecutive away win in all competitions. Pep knows he cannot afford to lose further ground on Liverpool, but this team only seems to know how to play one way and that’s to attack. It should be a very open game and goals look nailed on.

Sheffield United v Manchester United
This ink-stained wretch is finding it difficult to fathom how Sheffield United are fifth in the table. It’s nearly Christmas for f**k sake. What is going on? It’s been quite the journey for Chris Wilder and Blades fans everywhere. Four games into Wilder’s first season, they had sunk to the bottom of League One after losing to a late penalty at Millwall. They are now two places above the Red Devils in the table. And I’m backing them to win again this weekend. 5/2 is simply too big. They ran Spurs ragged the other week and should have won in north London. The bookies, for me, have priced this up more on reputation than recent form. There’s still a brittle look to this United side under Ole, and I’m struggling to see why they are favourites here.