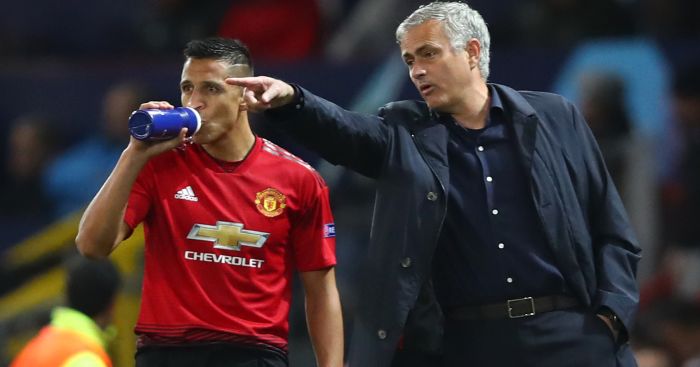 Jose Mourinho has told members of his Manchester United staff that Alexis Sanchez‘s struggles are “a mystery”.

Mourinho compared Sanchez to a juicy orange when United beat bitter rivals Manchester City to the signing of the Chilean in January.

But according to The Times, City now ‘privately admit that they dodged a bullet’ in missing out on the former Arsenal forward.

Sanchez has scored just four goals in 28 games since moving to Old Trafford, and is reportedly already eager to leave for Paris Saint-Germain.

Paul Hirst says that the forward’s agent ‘has started looking at potential suitors for his client’, and PSG fit the bill as they can afford the potential cost, while offering Sanchez the capital city lifestyle he so craves.

Sanchez ‘misses the buzz of being in a capital city’ after his time in London with Arsenal, and instead ‘cuts a deeply unhappy figure’ with his new club.

His performances have been described as “average” by individuals at the club, with Mourinho telling staff that Sanchez’s struggles are “a mystery”. The Chilean ‘is disheartened with his manager’s tactical instructions and management style’.

Sanchez’s break-up with long-term girlfriend Mayte Rodriguez has also been cited as a problem, while he ‘rarely speaks’ to teammates other than David de Gea, Juan Mata and Romelu Lukaku.

The rest of the squad feel Sanchez is ‘too vocal’ on the pitch, while ‘Mourinho’s staff have also taken umbrage at Sánchez answering back at times’.

Basically, it has all predictably gone to utter sh*t.