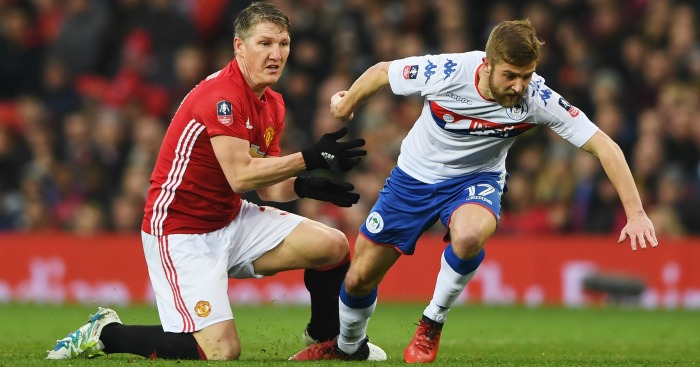 Bastian Schweinsteiger is set for further redemption at Manchester United after Jose Mourinho confirmed the previously-exiled German would be recalled to their Europa League squad.

The veteran midfielder looked destined to leave Old Trafford this month after being axed from Mourinho’s first-team plans at Manchester United; the player was even forced to train with their development squad after he rejected the chance to leave the club.

But after returning to first-team training late last year to suggest a thawing of relations, Schweinsteiger has been offered further hope of returning to the fold with claims he will be recalled for Sunday’s FA Cup tie with Wigan.

And Mourinho has confirmed the 32-year-old will be restored to United’s squad for their Europa League campaign, having been left out for the group stages of the competition.

Mourinho said: “Bastian stayed in Manchester when we played Hull, so normally he will come into the squad.

“As for the Europe, yes of course.”

United resume their Europa League campaign next month when they taken on Ligue 1 side St Etienne at Old Trafford on February 16, before travelling to France for the second leg a week later.

Schweinsteiger has made just two first-team appearances this season, in the EFL Cup win over West Ham in November and the FA Cup victory over Reading earlier this month.