Home All The News Mourinho: Tottenham punished for not ‘killing the game’ 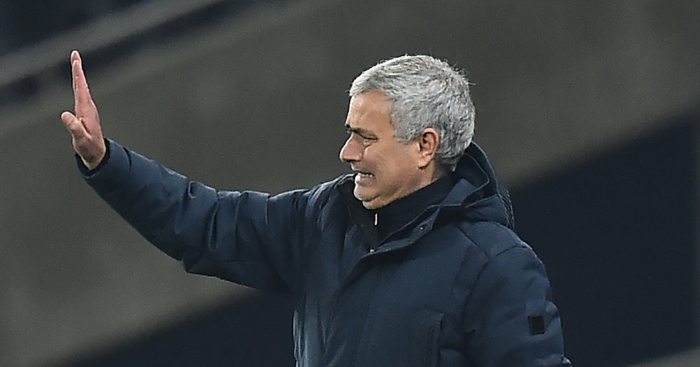 Jose Mourinho insisted that Tottenham had enough chances to secure all three points against Fulham.

This game turned into a cracking London derby. Spurs had the better of it in the first half and they deservingly went into the break ahead.

The opener was set-up by Sergio Reguilon. The Spaniard advanced down the left flank before he sent in a superb cross towards Harry Kane.

Tottenham’s top marksmen made no mistake as his header went straight in past Alphonse Areola in the Fulham goal.

Scott Parker’s side played okay in the first half as they created some good openings of their own. But they kicked into another gear in the second half.

The Cottagers really brought the game to Spurs throughout the final 45 minutes. Spurs came close as Heung-Min Son hit the post, but they did not do enough attacking wise in the second half.

Fulham grabbed a well-deserved equaliser in the 74th minute. Ademola Lookman was in the thick of it moments after coming off the bench.

He turned Davinson Sanchez down the left-hand side before he delivered a brilliant cross. Ivan Cavaleiro rose highest and headed it home past Huge Lloris.

It finished 1-1 as Fulham pick up their fifth consecutive draw in the Premier League. They are now two points adrift of safety but they have two games in hand over their nearest rivals, Brighton.

Spurs would have moved up to third with a victory. With this point, Mourinho’s men remain sixth and they are six points behind Man United at the top.

“In the first half Alphonse Areola made some impossible saves, a couple of others in a second, too.

“We have to kill a game and we didn’t – but you have to keep a clean sheet, not make mistakes, so it was a very avoidable goal. The markers are there, there wasn’t even an advantage in terms of numbers.

“They were intelligent enough to understand the way they play, they change, they become more defensive and they are getting results. I thought they were a bit lucky but they were good.

“We have bad results and we should – and we could have – avoided these results.”