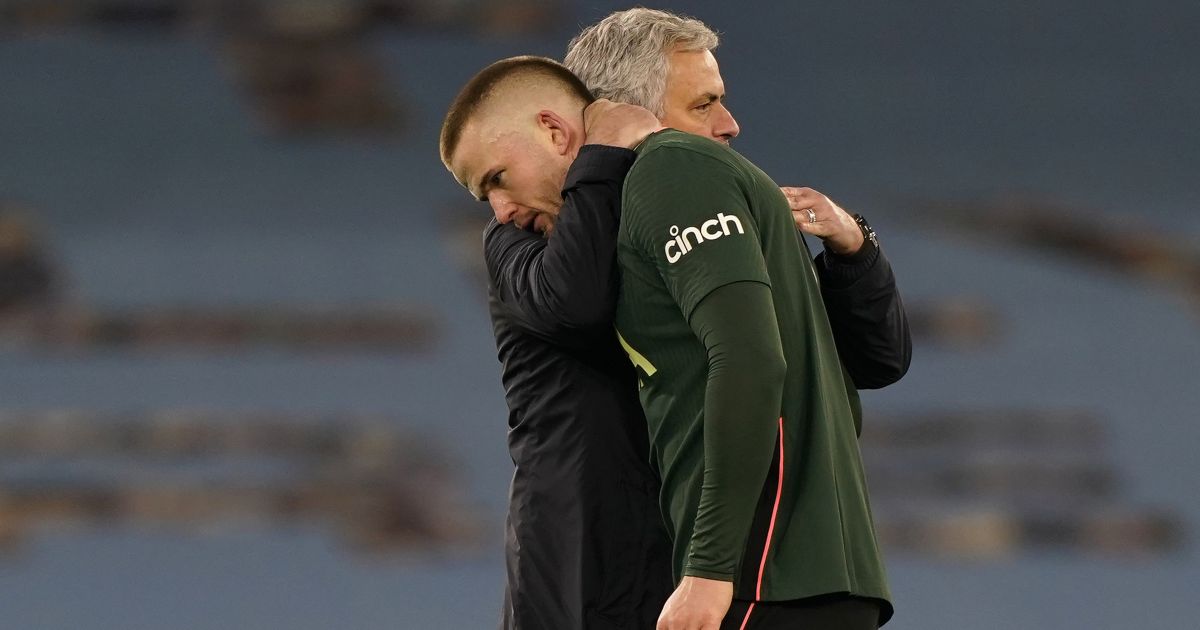 Jose Mourinho wants to be reunited with Tottenham duo Eric Dier and Pierre-Emile Hojbjerg at Roma, according to reports in Italy.

The Portuguese coach was sacked a couple of weeks ago after Spurs’ poor performances domestically and in Europe, with Ryan Mason taking over until the end of the season.

It hasn’t taken the former Man Utd and Chelsea boss long to find a new job, though, with Serie A side Roma agreeing a deal for him to take over at the end of this season.

And now Mourinho is already being linked with two of his former players as he looks to revamp the squad at the Stadio Olimpico.

Italian publication Gazzetta dello Sport (via Sport Witness) claims that Dier and Hojbjerg are written ‘in red pencil in Mourinho’s notebook’ as he looks to bring his Tottenham favourites to Rome.

The report describes Dier as a ‘central defender entrusted with the build up from the back’ while Hojbjerg is classed as a ‘barometer in front of the defence’.

The Danish midfielder is the main attraction here as he would ‘give balance to the team in the middle of the pitch’ and despite only signing him last summer for Spurs, Mourinho ‘could ask Roma to make an economic effort to go and get him’.

Meanwhile, Roma general manager Tiago Pinto said yesterday that the Giallorossi could not miss the opportunity to appoint a manager of Mourinho’s pedigree.

He said: “When Jose became available, we immediately jumped at the chance to speak with one of the greatest managers of all time.

“We were blown away by Jose’s desire to win and his passion for the game: no matter how many trophies he has won, his primary focus is always on the next one. He possesses the knowledge, experience and leadership to compete at all levels.

“We know that in order to build a successful sporting project it takes time, patience and the right people in the right positions. We are supremely confident that Jose will be the perfect coach for our project, for both our immediate and long-term future.

“Together with the vision and ambition of Dan and Ryan Friedkin, we will build the foundations of a new AS Roma.”