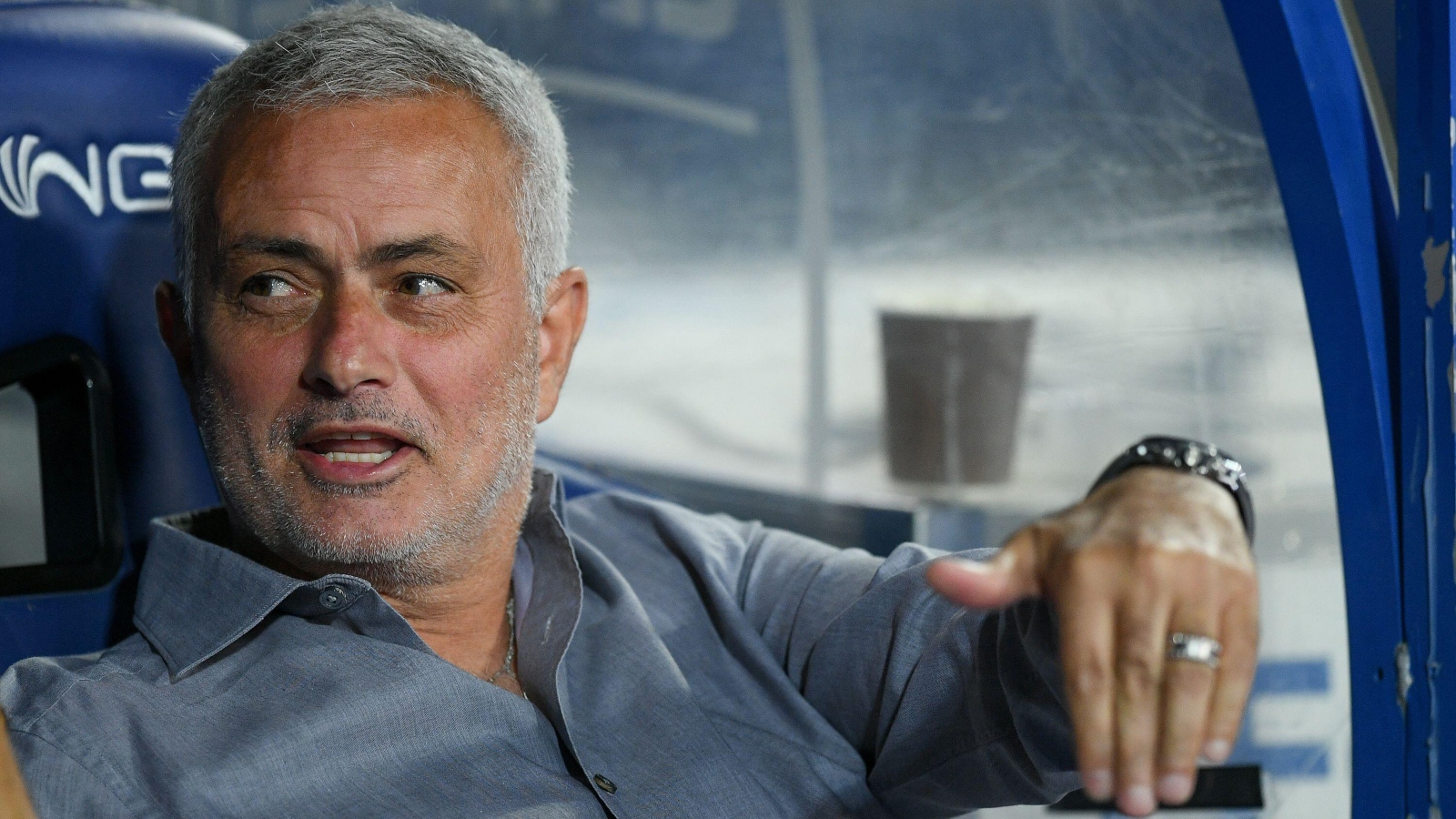 AS Roma boss Jose Mourinho has told his players to start diving after his side were denied a penalty against Atalanta on Sunday.

The Giallorossi were beaten 1-0 by Gian Piero Gasperini’s side at the Stadio Olimpico.

After the worst 6-2 win ever, we have to ask – are Spurs good or sh*t or what? We really don’t know

The result leaves Roma sixth in Serie A, while Atalanta are second, joint on points with pacesetters Napoli.

Following a collision in the box between Roma’s Nicolo Zaniolo and Atalanta’s Caleb Okoli that didn’t result in a penalty, Mourinho was sent off by referee Daniele Chiffi for dissent.

The manner of his dissent? Sprinting onto the pitch to complain whilst looking like he could kill the referee.

Jose Mourinho sent off for running on the pitch to protest during Roma v Atalanta.

After the result, Mourinho suggested that the result might have been different if Zaniolo threw himself to the floor.

The former Chelsea, Manchester United and Tottenham manager spoke to the referee afterwards and as a result, has now told his players to act be ‘clowns’ by taking a “dive” when possible.

“There was a very clear penalty,” Mourinho said. “I asked the referee afterwards why, and asked him to be clear with me that it was because Zaniolo did not go down.

“So therefore I have to change my advice to my players, I have to tell them don’t try to stay on your feet, don’t play the ball, be a clown the way many who dive like they’re in a swimming pool do in this league, because that is evidently how you get penalties.”

Summer signing Paolo Dybala missed the match after suffering an injury in the warm-up.

And Mourinho believes his side greatly missed the 28-year-old Argentine.

“It went badly because we lost a game that we should’ve won easily, considering the way we played,” Mourinho added.

“If we can imagine this domination we had in the final third, with many chances created, we can speculate that with Paulo on the field it might’ve been different.”

Roma striker Tammy Abraham has been called up by England manager Gareth Southgate for this month’s international break.

The 24-year-old has been excellent in Italy since leaving Chelsea last year.

He is surely a shoo-in to be named in Southgate’s World Cup squad for this winter’s tournament in Qatar.

This month’s break is the final one before the tournament kicks off in November.

England take on Germany and Italy in the Nations League before facing Wales, Iran and the USA at the World Cup.