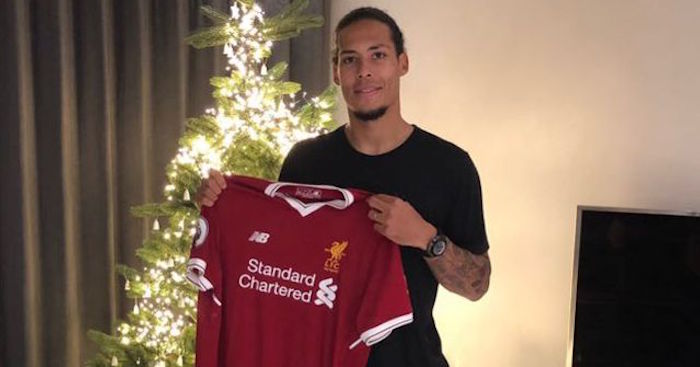 Manchester United have reportedly emerged as favourites to sign Napoli powerhouse Kalidou Koulibaly and beat off interest from Liverpool and Chelsea.

The Senegal defender has earned a status as one of the world’s premium central defenders and while Napoli have stated they want to keep him, controversial president Aurelio De Laurentiis has suggested he could sell the player if the price is right.

A report last week claimed United had seen a £77million offer rejected for the player already, but a report in the Daily Mirror suggests Jose Mourinho could still be successful in his bid to lure the player to Old Trafford.

The report claims that Napoli could yet sell for a fee of around €90m (£79.7m) if United offer to pay a large percentage up front, though it’s suggested the deal may be stuck on hold until next summer.

And any deal for Koulibaly would likely shatter the current world record fee for a defender – the £75million fee Liverpool paid Southampton for Virgil van Dijk last summer.

Both Chelsea and Liverpool are also thought to be keen on Koulibaly, but it is reported that the player would only leave Napoli for United. He explained earlier this year why he had snubbed the chance to sign for either Premier League side when they moved for him in the past.

However, it’s reported that the chance to move to United would tempt a player, who has been with Napoli since a 2014 move from Genk.

And it’s claimed Mourinho has used the example of Van Dijk at Liverpool to convince the United board how one solid defensive investment can reinvigorate their entire backline, especially given their struggles to keep teams out this season.

Previously, Liverpool had struggled at the back, letting in a number of soft goals to undermine their attacking efforts. But Mourinho has watched in admiration at how Van Dijk has transformed their defence into one of the meanest around.

In 13 Premier League fixtures this season, the Red Devils have already shipped 21 goals – the most of any team in the top half of the table.

And it’s believed Mourinho has earmarked Koulibaly as a long-term answer to United’s defensive woes.

Explaining his process, and difficulties, in rebuilding the side earlier this month, Mourinho admitted: “I am clearly rebuilding. In my first season, I got into a situation where there were players like Wayne Rooney and Michael Carrick – ­phenomenal players and some of the most important players in the past years of the club – coming to the end.

“We had to get a player like Ibra [Zlatan Ibrahimovic] to help us to have a certain power to fight for something ­important, which was clearly to get back to the Champions League level. But it’s been hard work, r­eally hard work, with people like Luke Shaw and Tony ­Martial, for example. Because for talented players like them to get to the level they are now is a process.

“To transform talent in ­professional players into ­stability and performance is a process of hard work. So is it rebuilding? Yes.”