Home All The News Mourinho: ‘Very hard’ for Tottenham to get into the top four 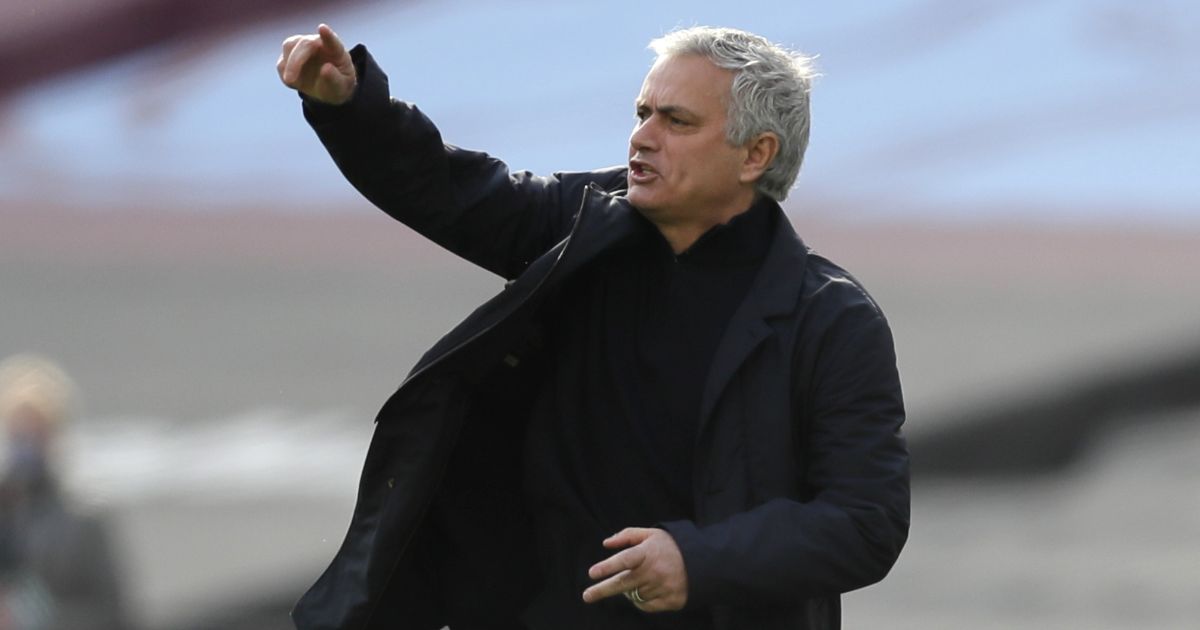 Jose Mourinho was left feeling “sad” after Tottenham’s loss to West Ham as his side “fought hard” to get back into the game.

The Hammers made a great start as Michail Antonio gave them the lead after five minutes. Jarred Bowen sent in a sublime ball towards the forward and his initial volley was saved by Hugo Lloris.

But the Frenchman could only palm it to Antonio, as he found the net with the rebound. They deserved to lead at the break as Tottenham failed to register an attempt on target until the 43rd-minute.

Their advantage was doubled in the 49th-minute through Jesse Lingard. Pablo Fornals laid it off to the Englishman before he advanced into the area. He was clinical as his shot found the far corner past Lloris.

Tottenham grew into the game in the second half and they got a goal back through Lucas Moura. Gareth Bale’s corner was met by the Brazillian at the near post and he made it 2-1 with a superb header.

Despite their pressure, Tottenham were not able to equalise as West Ham handed them their fifth loss from their last six games in the Premier League.

Speaking post-match with Sky Sports, as cited by BBC Sport, Mourinho insisted that Spurs are doing “everything” they can to get Bale fit enough to play more often:

“I feel sad, obviously. I feel the result should have been a different one from what we played especially in the second half. That is my feeling and a little bit of deja vu. Their defensive line was brilliant. Their centre-backs gave us a very difficult match. We started the game with a mistake and started the second half with another one.

“The team in the second half was trying absolutely everything. We had the chances, hitting the post, great crosses across the face of goal. We had easy shooting positions to score so we should have scored more goals.

“I have spoke about this for such a long time and it is not always good to stay on the same page. I believe people who watched the game understood completely the nature of the goals we conceded.

“They fought, this is not a criticism it is to praise their spirit. They fought, they fought hard but they just fought. We were the team that tried to play but the boys were not lucky.”

On Bale: “I know his quality. I cannot say everything to you, I shouldn’t and I don’t want to. I believe as a coach I don’t have to speak so much about the situation but with a Gareth Bale completely fit and ready to play 90 minutes of every game of course he would.

“We are trying everything with him to recover him to be at a good level. To play 65 minutes like he did Thursday then today he couldn’t start the game today, he wouldn’t have 90 minutes to give us but I am happy because we know what he brings, he brings his quality. Very unlucky shot because in that situation we had a double shot to score but we didn’t.

“Before the game I was not looking to the table I was looking to the game and the objective was to win and when you win you look to the table to see where you are. It is very difficult to think about the top four, the top four, five six teams are getting points. It will be very, very hard, the Europa League is a great motivation to get a Champions League spot and a trophy at the same time.

“The boys fight and when the team fights you can believe good things can happen.”