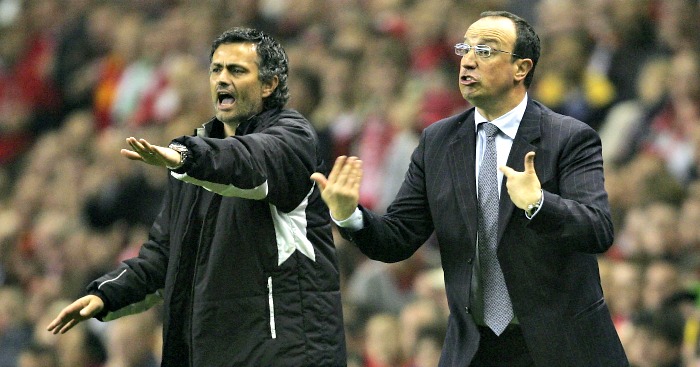 Jose Mourinho “wanted the Liverpool job massively” when it became vacant in 2004, according to Danny Murphy.

Mourinho was tipped to become Reds manager in the summer of 2004 after Gerard Houllier was sacked.

The Portuguese was one of the favourites for the post, alongside Martin O’Neill and Rafael Benitez.

The latter of that trio would eventually be appointed, with Benitez moving from Valencia to take over.

Mourinho would join Chelsea, replacing Claudio Ranieri at Stamford Bridge, but Murphy, who left Liverpool that same summer, claims that the current Manchester United boss was desperate to take the reins at Anfield.

“When Benitez was appointed at Liverpool, it was between him and Mourinho. I know that for a fact,” Murphy told talkSPORT. “Mourinho wanted the Liverpool job massively.

“But Liverpool basically went with Benitez, because he’d just won the Spanish league title and UEFA Cup with Valencia and they thought that was more solid an appointment than someone who had only done it, and that time, in Portugal.

“I know Mourinho was massively disappointed.”

It should be noted that Mourinho was appointed Chelsea manager on June 2. Benitez was installed as Liverpool boss a fortnight later, on June 16.