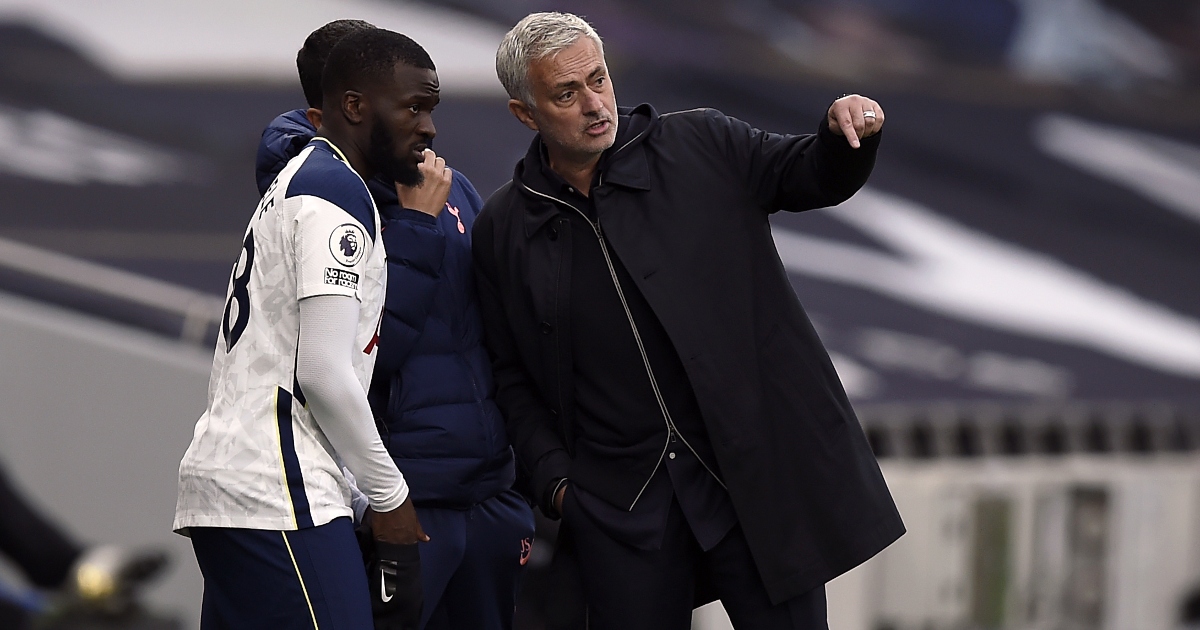 AS Roma manager Jose Mourinho wants to bring Tottenham midfielder Tanguy Ndombele to the Italian capital, according to reports.

The French midfielder reportedly ‘wants a change of scenary’ and is an old ‘favourite’ of the Portuguese manager.

Ndombele was not involved in Nuno Espirito Santo’s squad for his side’s first three Premier League fixtures due to the midfielder’s lack of match fitness.

He made his first league start of the season in the 3-0 home loss to Chelsea in September.

Sevilla are also keen on the Tottenham playmaker, who have ‘fallen strongly on the midfielder’ despite Roma’s interest, claim Gazzetta dello Sport (via Sport Witness).

Mourinho used Ndombele 57 times during his year-and-a-half as Spurs boss. The 24-year-old scored six and assisted five in these matches.

Meanwhile, current Spurs manager Nuno has insisted that the Carabao Cup is “important” for his side ahead of their clash against Burnley.

The 47-year-old made eleven changes for their Europa Conference League defeat against Vitesse last week. He then reverted to his first-choice eleven against West Ham on Sunday, but they lost again.

He has hinted there will be changes, but it will not be a second string outfit as in Holland.

“But it’s up to us to manage all these situations individually, at the same time looking at which are the best partnerships for what we want to be as a team.”

If Spurs progress to the next round they will join Sunderland, Chelsea, and arch-rivals Arsenal in the quarter-finals.

Sunderland and European champions Chelsea both progressed via a penalty shootout, whereas the Gunners beat Leeds United 2-0 at the Emirates.

Calum Chambers struck with his first touch of the match, 23 seconds after replacing Benjamin White.

The defender has rarely featured this season but scored his first goal in over two years before former Leeds loanee Eddie Nketiah wrapped up the win with a tap-in.