Jose Mourinho has refused to accept Manchester United's 17-match unbeaten run is over. 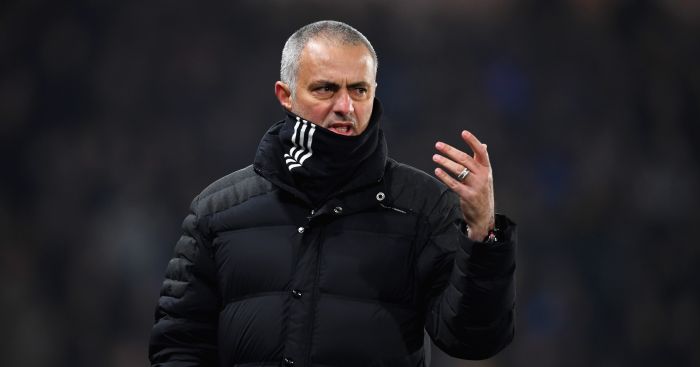 Jose Mourinho refused to accept Manchester United’s 17-match unbeaten run was over despite seeing his side lose at Hull en route to the EFL Cup final.

Southampton await at Wembley on February 26 but United will need to produce a far better display in the capital after losing yesterday’s semi-final second leg at relegation-threatened City.

Tom Huddlestone’s penalty was cancelled out by Paul Pogba, only for full debutant Oumar Niasse to give much-changed Hull a shock 2-1 win at the sparsely-filled KCOM Stadium.

United progressed 3-2 on aggregate but their 17-match unbeaten run in all competitions came to an end – to everyone but Mourinho at least.

The Portuguese could barely stifle his anger, with referee Jon Moss appearing to be the subject of his chagrin more than his underperforming stars after giving Hull a penalty and ignored several claims from his side.

“I think 18 matches unbeaten is amazing,” the United manager said. “We didn’t lose. It was 1-1. I only saw two goals.

“I saw Pogba’s goal and their (second) goal – a fantastic goal, a great action, a great cross and the guy coming in at the far post, coming. 1-1. We are still unbeatable.”

Asked why Hull’s first goal did not count in his thinking, Mourinho said: “I didn’t see.”

The United boss was clearly at pains to avoid speaking his mind about the penalty, awarded when Hull defender Harry Maguire went to ground under the attention of Marcos Rojo.

We're Wembley-bound after progressing past Hull City 3-2 on aggregate to reach the #EFLCup final. #MUFC pic.twitter.com/sl5dPSARlK

“But we had more power and were the best team. We could have scored lots of goals in the first match.”

Hull head coach Marco Silva was delighted his side maintained their progression since he replaced Mike Phelan earlier this month.

Silva was without club record summer signing Ryan Mason, recovering in hospital after fracturing his skull, while star player Robert Snodgrass will reportedly hold talks on Friday with West Ham.

“This will give confidence to my players,” Silva said. “The last three games at home we have won and it’s important to the players and the fans.”

When told Mourinho’s views on the penalty, Silva laughed and said: “I understand what Mourinho tried to say.

Hull have accepted bids of around £10million from West Ham and Burnley for Snodgrass, while Middlesbrough have also made an offer for the Scotland international.

“I know the (West Ham) deal is close,” Silva added. “It’s possible in the next few hours.

“The player hasn’t trained with the team and is not available after the club did this deal with West Ham, and we need to find solutions to strengthen our team.”