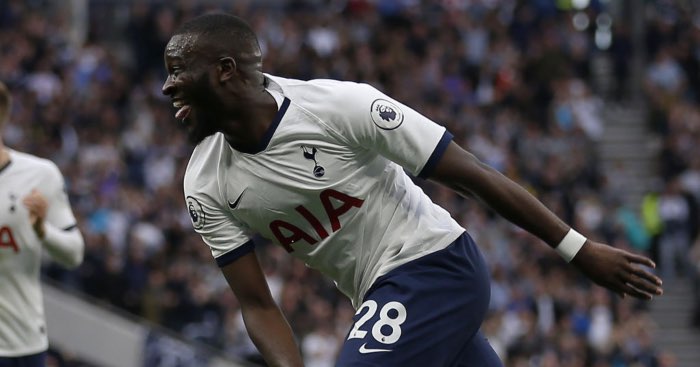 Mourinho revealed that the club’s record buy, who has recently recovered from a groin injury, asked not to be selected for the Boxing Day win over Brighton as he was worried about his previous fitness issues.

He trained on Thursday afternoon and Mourinho – facing a midfield shortage – hopes that the Frenchman will be up for the fight.

Spurs will be without suspended midfield duo Harry Winks and Moussa Sissoko, while Son Heung-min is also banned and Dele Alli looked to be carrying a knock in the latter stages of the Seagulls match.

Asked whether Mourinho was disappointed by Ndombele’s decision on Boxing Day, he replied: “I think Ndombele was honest. Football players like to play football.

“For him to say, ‘I don’t feel confident, I don’t feel in the best condition due to my previous injuries’, he was just being honest. And we had solutions. We had (Eric) Dier, we had (Harry) Winks, we have (Oliver) Skipp who is a great kid fighting to improve, for a place.

“We had solutions, against Norwich less solutions. But let’s see. I hope Friday morning after training he can come back to me and say ‘I’m ready to help the team’.”

Ndombele’s reluctance to play was in stark contrast to the attitude of Erik Lamela, who has been out injured since October with a hamstring problem.

After only two sessions under Mourinho, he approached the manager and told him he was ready to help against Brighton.

Mourinho said: “Lamela, he was fantastic. I think it was 56 or 57 days that he didn’t train with the team.

“He was injured, he was training individually. He trained with the team twice, after 57 days he trained twice with the team and he came to me and said, ‘I think you need me because you are in trouble with injuries, suspensions, no Sonny. If you want me I am there. If you need me for 10 or 15 minutes I’m there’.

“So he was there if we needed him to try to score a goal. He was there. That’s the kind of thing that touches me. I like players that make sacrifices for the team.”

Spurs produced a good second-half performance against Brighton to win 2-1 and close the gap on Chelsea to three points following the Blues’ surprise loss to Southampton.

They could go level on points with their rivals if they win at Carrow Road ahead of Chelsea’s game on Sunday.

There was a 12-point difference between the two teams when Mourinho took over and even though that has whittled down, the Portuguese says it will be difficult for his side to finish in the top four.

“I started with minus 12 here. With minus 12 you have to recover 12 points. It’s a lot of points,” he added. “A couple of days ago we were minus three and we had a chance to go to zero. Right.

“But the problem is during the recovery process we’re not going to win all the time and the other teams aren’t going to lose all the time.

“At this moment we’re minus three. If we start next season with everyone the same number of points, it’s a different story. Now it’s hard. The players they feel it. And it’s not easy. But we go for it.”