Home Manchester United Mourinho: Why I have no problem with ‘pro-Liverpool’ pundits 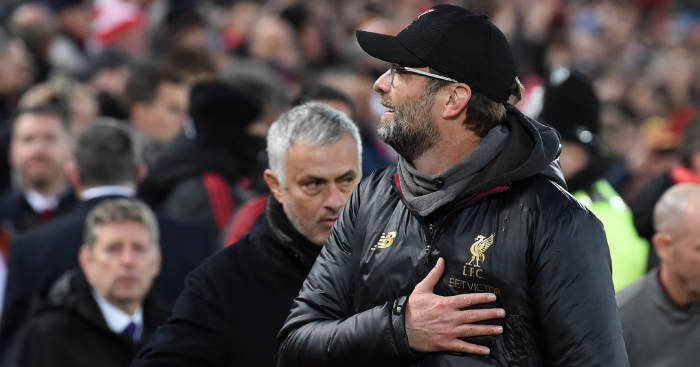 Jose Mourinho “cannot blame” a pundit for “being pro-Liverpool if it is in his blood”.

Mourinho has moved into the punditry business as he closes in on 12 months out of management.

The Portuguese was sacked by Manchester United in December and has not had an entire calendar year away from coaching this millennium.

But his brief time as a pundit has given him more of an insight into the profession, softening his stance on those he has clashed with numerous times previously.

“The one thing which I really feel is that the pundits try to be professional,” he told the Daily Telegraph. “Not just on their preparation but on their analysis.

“I think they are professional in every aspect. But what I felt when I was a pundit, they also feel.

“Saying, for example, that I felt Frank should be a little bit more pragmatic in his approach [against Manchester United]. It hurts me.

“It is difficult to separate the professionalism of their [punditry] work with the human feeling that they have. I cannot blame some guy being pro-Liverpool if it is in his blood. I cannot criticise a guy being a little anti-Jose if he is not in love with Jose.

“You cannot separate the pundit from the man.”