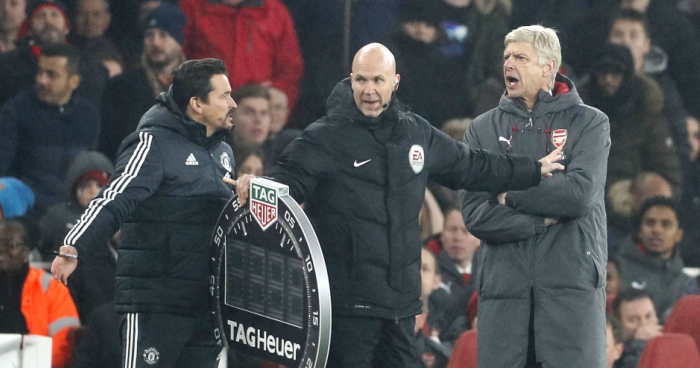 Jose Mourinho’s Manchester United assistant has ’emerged as a shock contender’ for the Arsenal manager’s job.

Arsenal are looking to appoint their first new manager in 22 years when Arsene Wenger steps down at the end of the current season.

The current favourite for the job is Massimiliano Allegri of Juventus, followed by Luis Enrique, Carlo Ancelotti and Brendan Rodgers, who appears to have f***ed his Chelsea chances.

But The Sun claim that the Gunners have ‘compiled a 14-man shortlist’ of targets who could potentially replace Wenger.

Martin Lipton suggests the club want an ‘elegant’ manager, with Allegri high on the list.

But Enrique is said to be ‘falling from favour’ due to his salary demands, transfer budget and ‘a perceived self-obsession’.

Which leads us nicely into the claim that Mourinho’s long-time assistant, Rui Faria, is being considered for the job.

Faria has worked under Mourinho in some capacity since 2001, serving as his assistant manager at Real Madrid, Chelsea and now at Old Trafford.

But the Portuguese ‘harbours managerial ambitions of his own’, and Arsenal are willing to consider him for the role.

‘Gunners owner Stan Kroenke has hired rookie coaches at all three of his US sporting franchises,’ Lipton adds. So there.