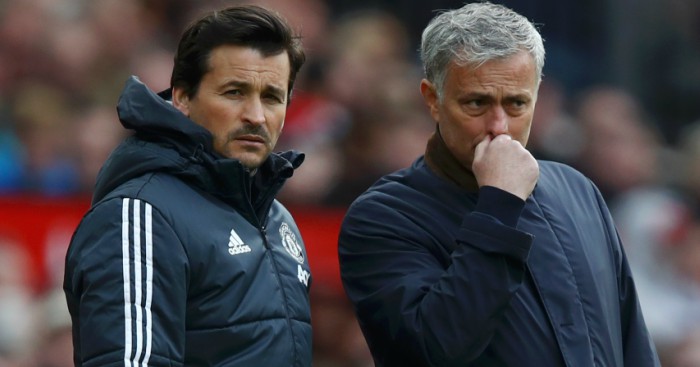 Jose Mourinho’s long-time assistant manager Rui Faria will leave Manchester United at the end of the season, the club have announced.

Faria has worked alongside Mourinho at Old Trafford since 2016, having also been on his coaching staff during both his spells at Chelsea as well as at Porto, Inter Milan and Real Madrid.

“17 years and the kid is now a man. The intelligent student is now a football expert, ready for a successful career as a manager.”

Faria has been mentioned in some reports as a possible contender to succeed Arsene Wenger as Arsenal manager.

Mourinho added: “I will miss my friend and that is the hardest thing for me, but his happiness is more important and, of course, I respect his decision, especially because I know that we will always be together. Be happy, brother!”

Faria said: “After a lot of consideration, and with a very heavy heart, I have decided the time is right for me to move on. I have had 17 years of incredible and unforgettable experiences. However, I have felt for some time that I would like to spend much more quality time with my family before pursuing any new challenge in my professional life.

“My heartfelt thanks go to the manager, Jose Mourinho, for the belief he had in me, all those years ago, when it all was just a student dream. I would like to thank him for the opportunity and confidence, for the knowledge and experience, but most importantly for his friendship.

“I would also like to thank Manchester United and all the clubs where I have had the privilege of working during this period. I would like to say a big ‘thank you’ to all the staff and players who, in different ways, have made an important contribution to my growth as a person and as a professional.

“I wish you all the best for the future, knowing that you will always be my close friends.”