Home All The News Mourinho’s first message to Spurs players: ‘I’ll be your girlfriend’ 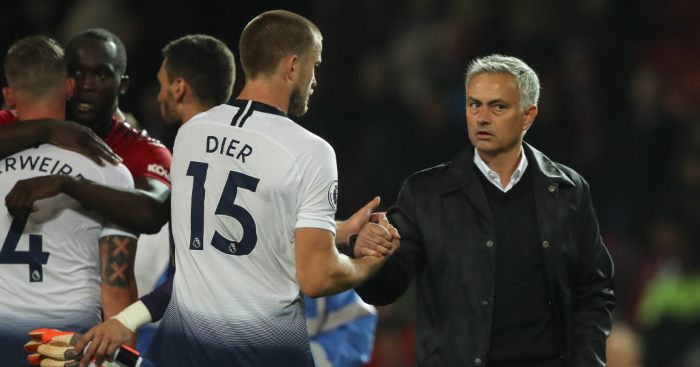 Jose Mourinho told his new Tottenham players that he would be their ‘girlfriend’ as long as they perform for him, according to a report in Portugal.

The 56-year-old has been named as Mauricio Pochettino’s successor, signing a three-and-a-half-year deal at the north London club.

He met his new players following his hasty appointment, which was announced less than 12 hours after Pochettino was sacked, on Wednesday and then took training ahead of his first game in charge at West Ham on Saturday.

Despite his intrinsic links to Chelsea, Mourinho has always spoken fondly of Tottenham, touting them as a potential title winner at the start of the season, while he has been in attendance at several games during the current campaign.

Record (via Sport Witness) have learned via their own sources about what Mourinho said to his players in their first meeting on Wednesday.

The Portuguese outlet claims his speech included: “I’ll be your father, your friend, your girlfriend, whatever you want.”

Mourinho is said to have ‘not only surprised, but impressed’ the Tottenham squad with his words.