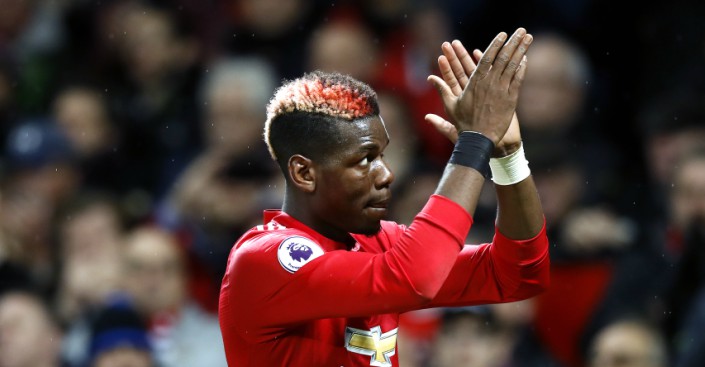 This was an absolutely ridiculous week, with so many excellent performances that some obviously deserving players had to be left out, in most cases because they’d made the list before, and when performances are roughly in the same class, that’s the tiebreaker. The best I could do was a 3-1-4-2:

Goalkeeper: Heurelho Gomes (Watford) An easy choice in a largely meh weekend for keepers. Against West Ham, he came out bravely to deny Cheikhou Kouyaté, then stayed on his line for an awesome double save against Marko Arnautovic. (Some called it a triple save, but Opta has the third as a catch, which watching the replay looks correct.) Added a couple of decisive punches, a department in which he’s excelled this year.

Centre-half: Laurent Koscielny (Arsenal) One of my personal favourites since he first stepped onto an English pitch, it’s a pleasure finally to be able to put him on the list. He always seems to have a clanger in him, and had the one mistake that produced a chance for Harry Kane. Otherwise he showed why at times he’s been considered the best in the league. Shkodran Mustafi was spectacular but very erratic.

Centre-half: Nathan Aké (Bournemouth) While Steve Cook is relearning the position, Ake is playing it, including covering for a Cook mistake with maybe a goal-saving tackle late in the first half against Huddersfield. With the Cherries down to ten men, he was Mr. and Ms. Clearance and all the assorted family Clearances. Tired a bit in the final minutes, showing his occasional tendency to step forward when he shouldn’t, but overall excellent. Second time on this list.

Centre-half: Angelo Ogbonna (West Ham) Yes, West Ham lost. No, it wasn’t his fault. Pacey and a good marker, he kept André Gray quiet most of the evening, and recorded an absurd seven interceptions. Needed to be a bit braver shot-blocking, and once came out when he should have stayed back. I’ve overrated him in the past, but this was a worthy performance.

I went with a three-man back line instead of a four, because the space was needed up front for one of the star attackers. That meant that some good full-back performances were left out. Antonio Valencia played well on the right, Ryan Bertrand even better on the left (if you forget he was at fault for Salah’s second goal).

But an extra special mention goes to Jonjoe Kenny of Everton, not only for the ‘e’ at the end of his name, but for an amazing effort against Wilfried Zaha and the other Palace attackers. He was clearly beaten a few times in the second half, which was why I didn’t put him on regardless, but made at least a hundred thousand interventions against some quality opponents. Get him the right manager and he might be something special.

Deep Midfielder: Jack Cork (Burnley) What strikes you most about his play these days is his intelligence. He knows when to stay back and hold off attackers, and when to move forward and provide the useful pass. And, apparently, when to surge into the penalty area and score a header. A fine goal, but no finer than his tactical sense over 90 minutes. Don’t call him a one-cap man just yet.

Wing Attacking Midfielder: Mohamed Salah (Liverpool) A pure winger, of course, but with no other wingers to balance him (although José Izquierdo had a decent game for Brighton), he goes here. Did his running very fast and scoring thing, as he seems to do every week. Linked up superbly with his teammates. Hope he can be just as good for Egypt this summer.

Wing Attacking Midfielder: Ruben Loftus-Cheek (Crystal Palace) Let’s skip all the arguments about youth development and just enjoy. Playing on the right, he bullied Ademola Lookman and Leighton Baines, embarrassed Michael Keane, and looked like the best player on the pitch just about every time he touched the ball. His most telling stat? Fouled six times, level with Alexis Sanchez for most this weekend.

Central Attacking Midfielder: Eden Hazard (Chelsea) Sort of a withdrawn forward, really, but a 3-1-3-1-2 would be a bit much, so let’s make him an attacking midfielder for simplicity. Still the most exciting player in the league when in form. As others have noted, seems to be forming a rapport with Alvaro Morata. Has been on the list before, but was too good to leave out.

Central Attacking Midfielder: Paul Pogba (Manchester United). Momentarily considered putting him in deep midfield and leaving Cork out, but just about all his significant contributions were in attack. The narrative always wins, so now people are saying his absence was crucial, just as so many were saying his absence didn’t matter. Look, the guy is a great player, so of course United missed him, but let’s wait until the end of the season before drawing conclusions.

Kevin De Bruyne? A spectacular goal and some good play, but he’s been on a couple of times. If David Silva had converted one of his clear chances, he might have slipped in. But Leicester were playing a proactive 4-1-4-1 that left massive open space on the counter, and if either man had really been in top form, City would have had six. Will Hughes of Watford deserves a mention for his strong match against West Ham (handball aside), but in this company he had no chance.

Amazingly, Philippe Coutinho and Mesut Özil both miss out. I rated Coutinho’s performance somewhat higher, so for me he was the unluckier not to make it. But both had been on the list before, and Pogba hadn’t.

A few words about Gylfi Sigurdsson. With Palace mostly in control of the game, he wasn’t involved as much as the other candidates, and in fact was shunted out to the left for the second half. But he still picked up an assist and with a little luck might have had three. He also happens to be the best defender in the league among attacking midfielders, and racked up six tackles and three interceptions this time around.

Striker: Callum Wilson (Bournemouth)  The best story of the weekend, and indeed of the season so far. Just try to imagine the physical and emotional stress of recovering from two serious knee injuries, and the work it must have taken to get back to full fitness. Miraculously, he doesn’t seem to have lost any of his pace, which was stretching the Huddersfield defence well before the goals started going in. Three emphatic finishes, the second with a high degree of difficulty (we’ll forget that he was a bit offside). With Josh King not in best form and Jermain Defoe ineffective, Wilson looks like the key for the Cherries. Stay healthy, man.

Striker: Roberto Firmino (Liverpool) No goals, no assists, no matter. Played his role as fulcrum of the front line brilliantly. An example of how stats don’t always tell the story. Only one key pass, but countless that kept the attack moving.

I could have put Hazard at striker, which would have left a spot for Coutinho in midfield. But Firmino was fantastic, and hadn’t been on the list before. Otherwise, it was a decent week for strikers, with Alvaro Morata, Wilfried Zaha, Ashley Barnes and Romelu Lukaku varying shades of good. A cool finish from Oumar Niasse, too!