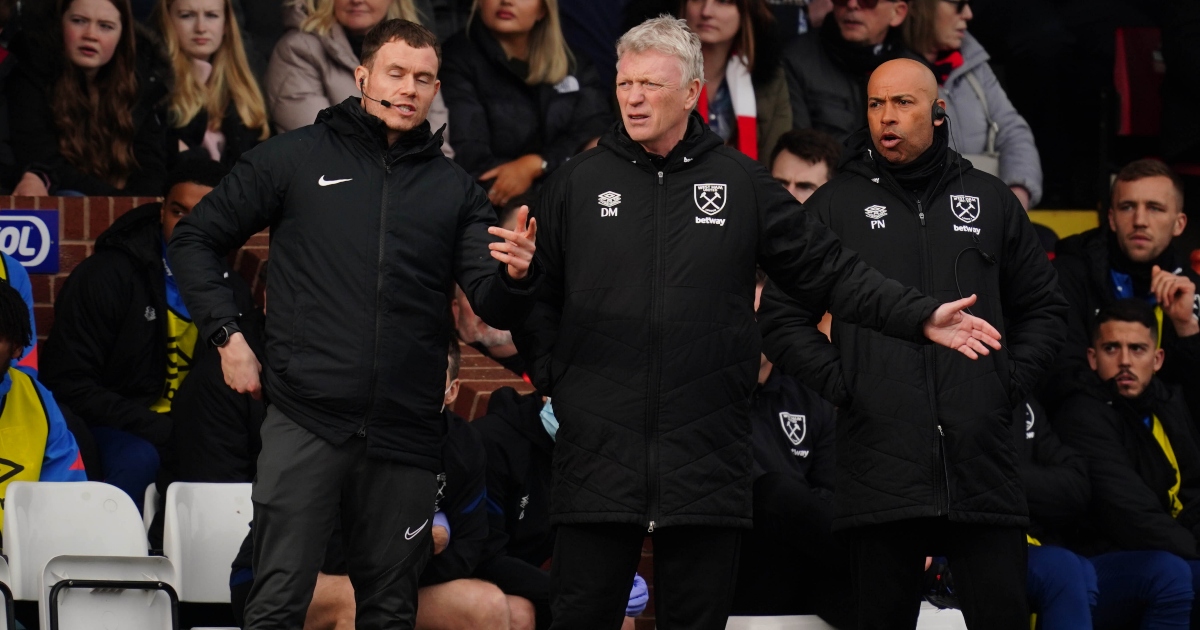 David Moyes has admitted his West Ham side were fortunate to scrape to the next round with a late win over Kidderminster Harriers.

The Hammers were seconds away from being embarrassed by their National League North hosts before winning 2-1 after extra time.

Declan Rice forced extra time with a 90th-minute leveller and Bowen snatched victory with virtually the last kick of the fourth-round tie.

Alex Penny had given Harriers, 113 places below West Ham, a first-half lead only for the hosts to suffer two cruel late blows.

Moyes said: “All credit to Kidderminster, they played really well. We gave them a chance to get a goal in front which made things a wee bit difficult and we had to chase it.

“They deserve all the credit, we were fortunate to get through and they were really unfortunate not to take it to penalties at least.

“I thought we weren’t going to get through (as the game went into injury time). We hadn’t tried well with many things but what we had done hadn’t come off.

“We have got a long way to go if we think we’re going to get into finals. We have a lot of work to do and improve greatly.

“Declan made a difference which he has been doing. It was there for everyone to see and at the time in the game it looked like probably no one else would be able to get the goal. It took a special player to get the goal.”

Harriers were the better side throughout and grabbed a deserved lead after 19 minutes.

Brilliantly played, @khfcofficial. Players and fans a credit to the club 👏

Thanks for having us and good luck for the rest of the season.

Issa Diop brought down Amari Morgan-Smith on the right and when Alphonse Areola and Diop made a mess of Omari Sterling’s free kick Penny fired in from eight yards.

Sterling put a free kick wide and there was little response from the Hammers with Moyes bringing on Craig Dawson and Rice at the break.

Simpson turned Benrahma’s drive wide just after the hour and the Hammers broke Kidderminster hearts in the first minute of injury time.

Pablo Fornals found Rice and the midfielder skipped past Matt Preston to fire in from six yards.

It sent the tie to extra time and, with penalties looming, Bowen delivered the final sucker punch, tapping in with seconds left.

Kidderminster boss Russ Penn could not hide his disappointment.

He said: “It is the magic of the cup, isn’t it? With two minutes to go I was believing it and then a minute later. Things like this don’t happen in other countries. It is something special.

“I thought there would be another chance but to score from that chance was heartbreaking. I thought we’d get blown away in extra time but we didn’t.

“I’m gutted for the lads. They’re crawling around in the dressing room. They were piling the pressure on but it was just unfortunate they scored from the last phase of the game.

“It has been fantastic. To take a Premier League team to that close to the fifth round – fifth round from the National League North?

“It is a huge honour for me to be managing across from David Moyes. He said some lovely words. He said: ‘Well done, we didn’t deserve it’.”