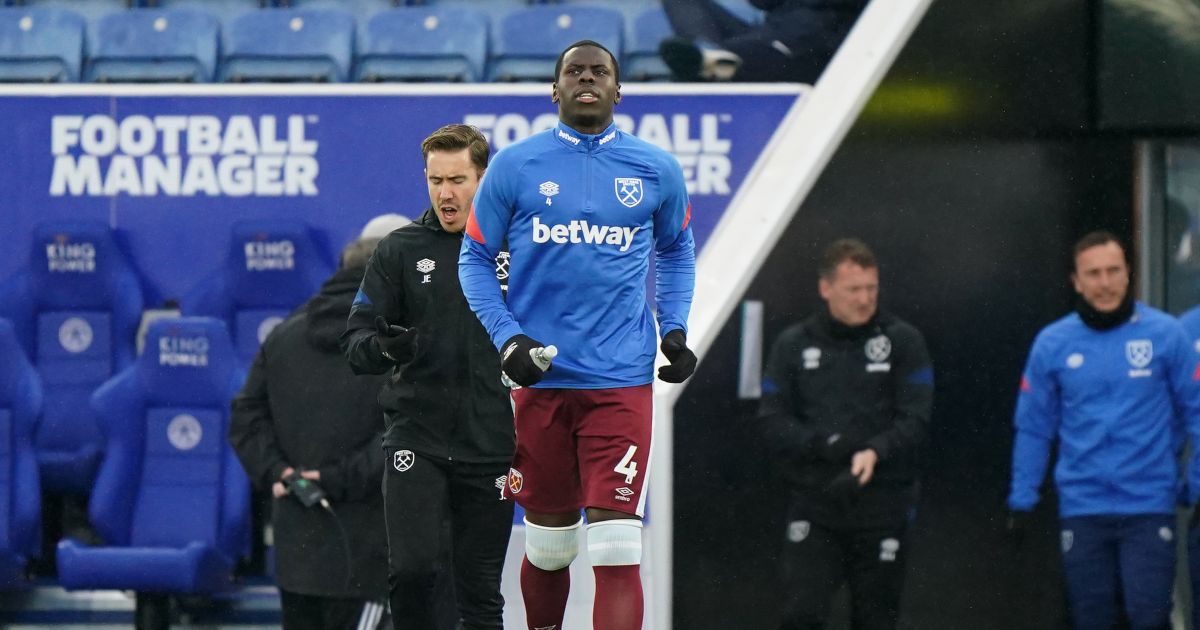 West Ham boss David Moyes revealed Kurt Zouma felt sick and was unable to play after withdrawing from the starting line-up in the warm-up before the 2-2 draw against Leicester at King Power Stadium.

Craig Dawson salvaged a point in the first minute of time added on after Jarrod Bowen had put the Hammers ahead early on, but Youri Tielemans’ 45th-minute penalty equalised before Ricardo Pereira’s header looked to have clinched Leicester’s first win in five games in all competitions.

Defender Zouma, who was last week shown in a video on social media kicking and slapping his pet cat, was forced out of the line-up after falling ill overnight and substitute Issa Diop started instead.

The Zouma situation was simple and Moyes f***ed it

The French centre-back has been fined two weeks’ wages, around £250,000, while the RSPCA has confiscated his two cats and launched an investigation.

Moyes said: “He was ill before the game, but he was desperate to play and we wanted him to play.

“He was sick during the night – he stayed away from the players and didn’t eat much.

“He didn’t eat with us and he stayed away from the meeting.

“Once he got out there he didn’t think it was possible. It is a stomach bug – probably from something he has eaten.

“We told Issa Diop to be ready and he played really well.”

Graeme Souness says he has ‘zero sympathy’ for Kurt Zouma after the West Ham defender was filmed kicking his cat. pic.twitter.com/yUpggVtSWg

Moyes insists his side can compete for a Champions League place after it looked like they were going to lose until Dawson’s goal, which came off his upper arm.

“It says lots for the players,” he added. “I will squeeze everything out of them and I want us to challenge the top teams.”

West Ham seemed unaffected by the Zouma controversy as they took a 10th-minute lead.

Diop lofted the ball forward and Bowen controlled before firing a left-footed drive across Kasper Schmeichel.

Pereira met Harvey Barnes’ cross with bullet header into the top corner of the net in the 57th minute to complete the turnaround.

But Dawson then got to Bowen’s corner, with the ball looping in off his upper arm.