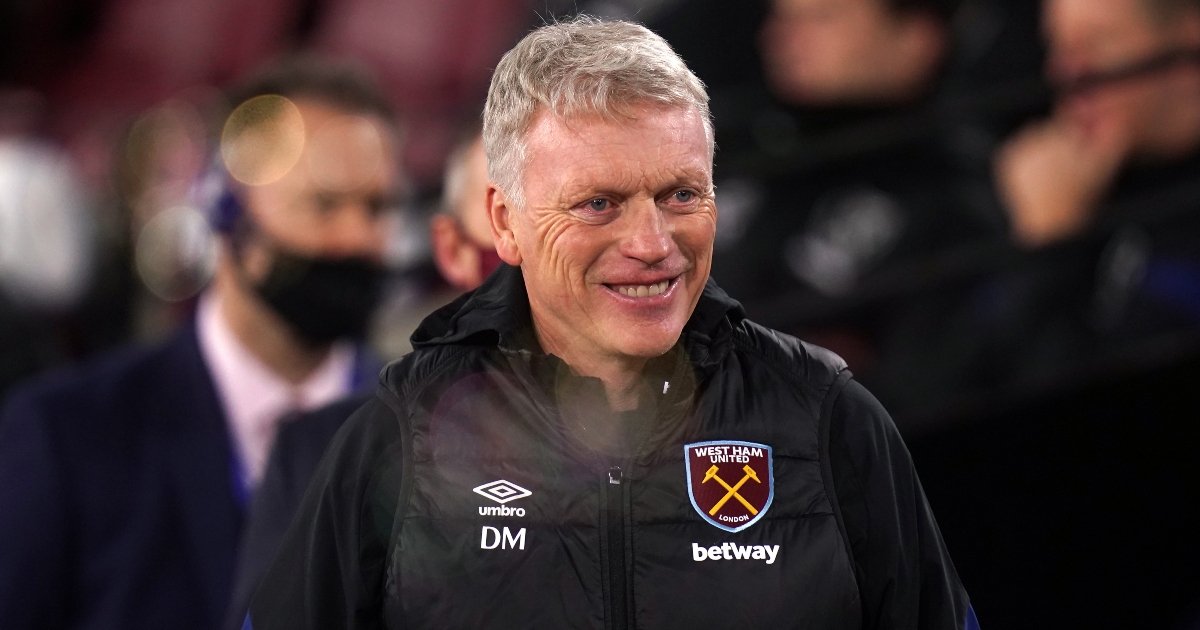 West Ham manager David Moyes is looking forward to his side’s clash with Chelsea on Saturday and is hoping to ‘challenge’ them this season.

Moyes’ side fell just short of Champions League qualification last season, instead having to settle for the Europa League.

The Hammers started this season in fine from but are without a win in their last three, losing to Wolves and Man City, before drawing with Brighton in the week.

However, Moyes’ side still find themselves in the top four, something that Moyes is keen to keep challenging for this season.

“I said right at the start of the season that we finished two points behind Chelsea in the league and the challenge we laid down was can we get those extra two points.

“Can we challenge the teams in the top four? To make a fist of it is a good start. We’ve made a really good start and the job now is to hang in and see if we can make a challenge at the end of the season.

“All the games excite you. Last week we played the Champions league finalists, this week we play the winners. And I always say you want to test yourself against the best.

“We want to challenge them and we’ll try our best to do that on Saturday.

“I’m looking forward to it. I think we’ve played quite well against them in recent seasons. We had a great win when Yarmolenko scored the winner late on and that’s one I’ll always remember.

“Last year we were a little unlucky to not get something out of the games, but let’s not kid ourselves, Chelsea are a top team.”

As the Hammers head into the busy festive period, the Scottish manager believes Europa League fixtures will have prepared his side for the a tough run of games.

“It has been good to have European football as it gives me a chance to get the players prepared for Thursday/Sunday but this week is tough.

“Three games in six days and two against the Champions League finalists.

“We are going to try and take it on but we are doing all we can to get the players right. Their mentality is really good.”

West Ham forward Michail Antonio has struggled in front of goals recently after a superb start to the season but Moyes was keen to repeat that their is more to the Jamaican’s game that just goals.

“Centre-forwards can go through barren spells, Michail has been a little unlucky, the keeper made a great save from him.

“He is really important for us, he is our focal point and has been important and I am hoping we can get him back in form.

“Strikers just need to keep getting in there and get chance, let’s hope Mic continues to get chances.”