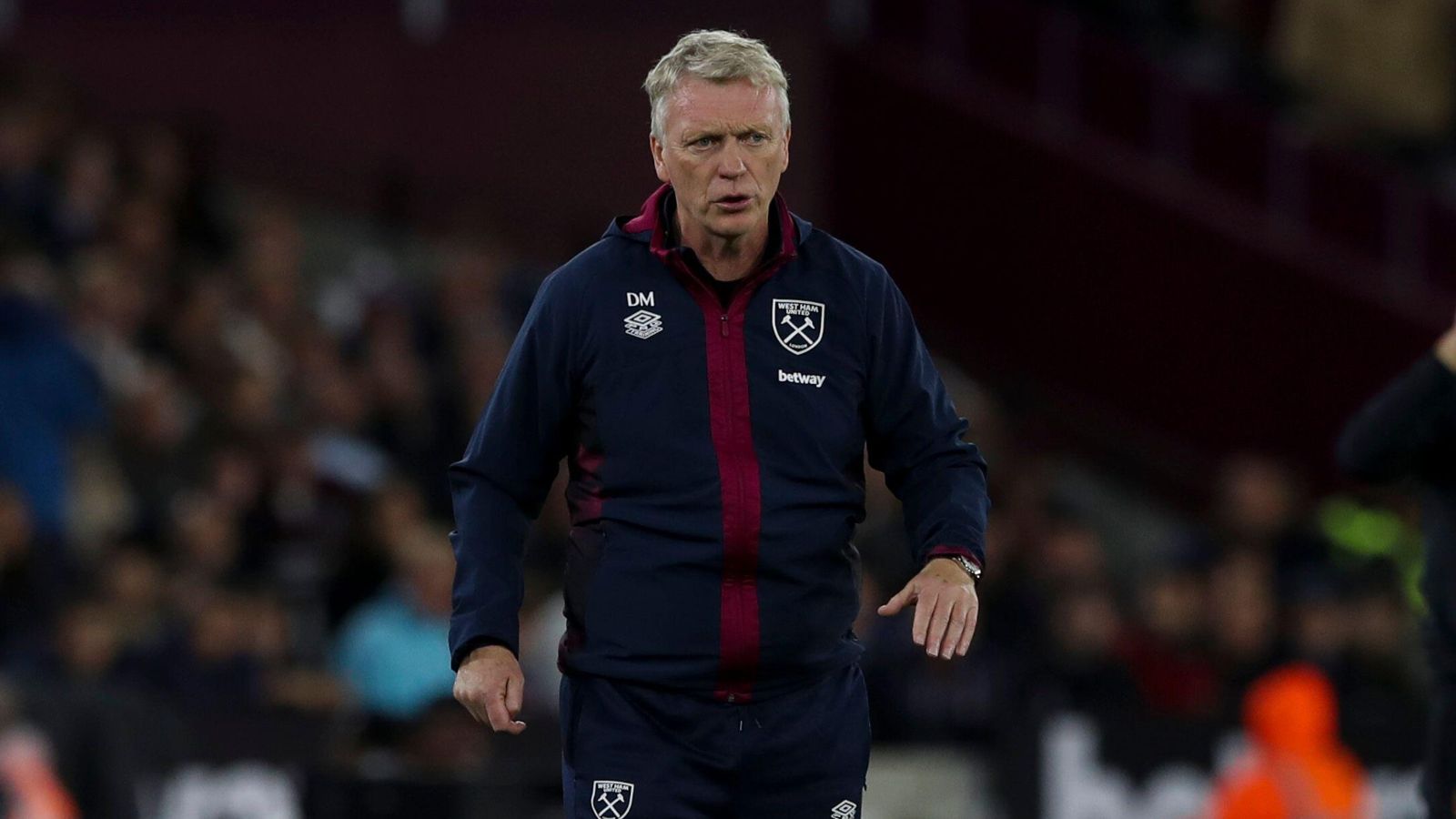 David Moyes “knows how difficult” this weekend’s game against Man Utd will be for West Ham but his side are “finding a little bit of form”.

The Hammers have won six games in a row at home across all competitions. They have topped their Europa Conference League group and have also risen up to tenth in the Premier League.

But West Ham have lost four of their six away league games this term and face Erik ten Hag’s in-form team at Old Trafford on Sunday.

“Going away to Old Trafford for anybody is always a tough game,” Moyes said at his pre-match press conference. “They have got some excellent players and we will have to play well there.

“But we’ve got good players as well and I think we are finding a little bit of form. We could do with finishing a little bit better but overall I am really pleased with how we are doing.

“You always have to try and pick up the points because the games are really close in the Premier League.

“Whether we’re winning at home or not, all the games have been tight. Even away from home, some of the defeats have been really close.

“Sometimes there have been other factors involved in us not getting points from matches. But we know how difficult Sunday will be.”

Moyes will check on the fitness of England winger Jarrod Bowen, who missed the European win over Silkeborg on Thursday with an ankle knock.

Lucas Paqueta’s shoulder injury keeps him out, while Maxwel Cornet and Craig Dawson are also sidelined.

Moyes must decide whether to keep Nayef Aguerd in his squad after the Morocco defender’s promising debut against Silkeborg following his recovery from ankle surgery.

United legend Patrice Evra thinks West Ham will draw against Man Utd and it could be an “explosive match”.

“Against Man United, West Ham will play with no fear and I think it will be an explosive match,” Evra told Betfair.

“The game is at Old Trafford, and it’s a trap. It’s difficult to predict the outcome because when West Ham play against United they have nothing to lose.

“If United aren’t playing with the right spirit and fighting for every ball they can easily lose this game.

“I can see this one being a draw, I know United need the three points after that good comeback against Chelsea, but West Ham are dangerous and I can’t say United will beat them easily. They will make it a tough match.”

READ MORE: Ranking Premier League clubs by the impact of their summer signings