Home West Ham United Moyes: ‘I am not going to bother with the referee tonight’ 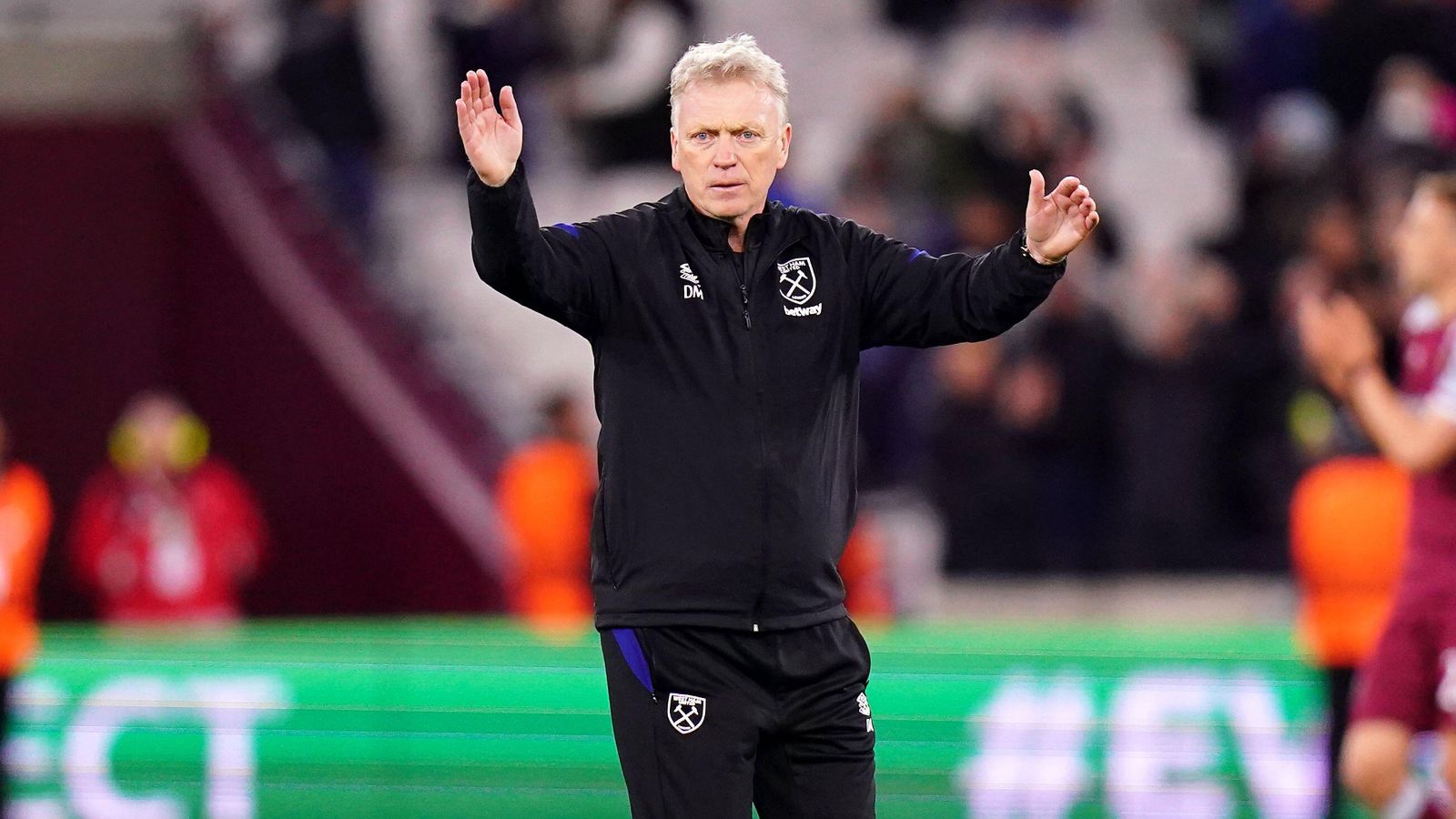 West Ham United boss David Moyes refused to comment on Felix Zwayer’s refereeing performance as his side drew 1-1 against Lyon at the London Stadium.

West Ham hosted Lyon in the first leg of their Europa League quarter-final on Thursday.

There was very little between the sides in the opening half. Lyon were boosted in stoppage time though as Aaron Cresswell got sent off.

The referee ruled that the defender was the last man when he brought down former Celtic striker Moussa Dembele. There was limited contact and the Lyon star winked at his teammates following the challenge.

West Ham responded well to going down to ten men. They went in front in the 52nd minute when Jarrod Bowen scored from inside the penalty area.

Lyon were able to equalise with around 25 minutes to go. Tanguy Ndombele tapped the ball home from close range after being played in by Tete.

The Hammers held firm to keep the score at 1-1 heading into next week’s return leg in France.

Moyes praised his players for being “really resilient” as they “stuck at it” against Lyon:

“Firstly, you need to look at the foul on Jarrod Bowen in the build-up [to the red card]. I hoped VAR would look at that as it is in the same phase of play. I’m certainly not going to comment about the referee. I will answer other questions but I am not going to bother with the referee tonight,” Moyes said (via BBC Sport).

“We were really resilient in the second-half. We came in at the break knowing with 10 men it was a difficult job. We stuck at it and had one or two opportunities ourselves. Overall it was more of a backs-to-the-wall performance second-half but we are still in with a good shout.

“I don’t know if the pressure is off because we want to qualify. Generally the players stuck at it tonight. We didn’t play well and we can only play much better next week.”

Hammers forward Bowen is of the belief that Cresswell’s red card was “cheap”:

“I thought it [the red card] was cheap, if I’m really honest. I only saw it in real time, I haven’t seen it back. It looked like he [Dembele] was going away from goal and it is a tiny touch on the arm. The referee has made his decision and we had to think quickly with 10 men. I thought we did well and yes we’ve conceded a goal, but with the quality they have. It is all to play for next week.

“The manager said at half-time to keep our heads because we weren’t happy with the decision obviously. It was a case of staying in the game. We did, went 1-0 up and it was then just about defending the lead. It was always going to be difficult. It is still all to play for.

“I was just trying to get in and around the box [for his goal]. Luckily it fell to me and got a nick off the defender and went in. To come back and get two goals is for the team, which is what I want to do. We weren’t at our best but created chances. We step up another level next week and we will be dangerous.”