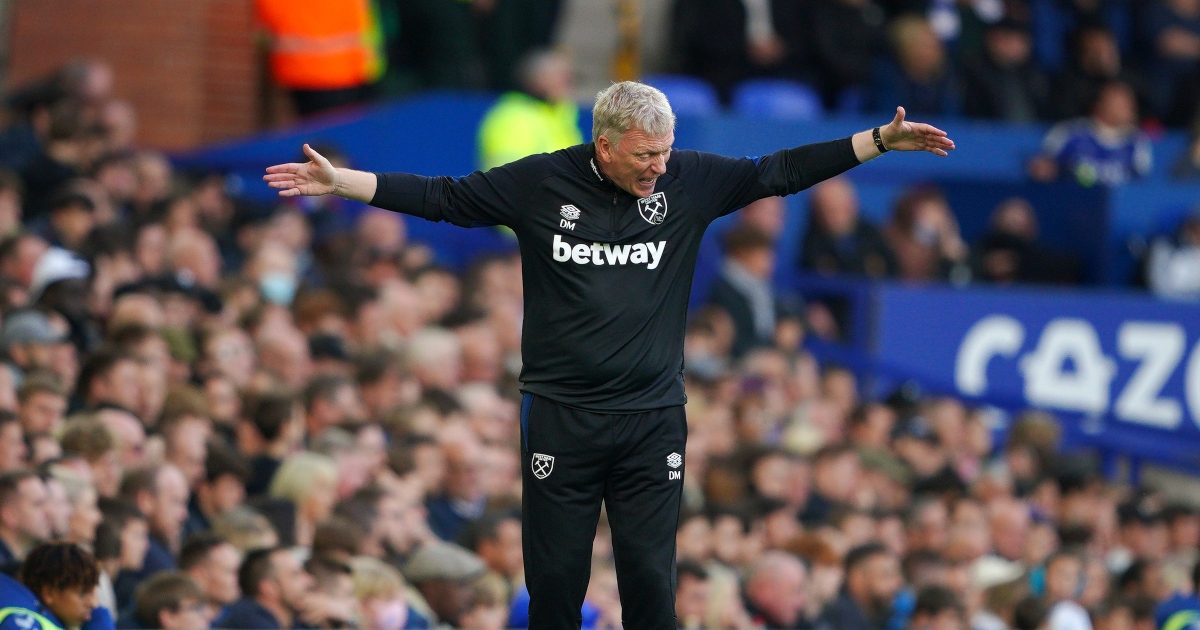 West Ham manager David Moyes was full of praise for midfielder Declan Rice after his impressive performance in their victory over Everton on Sunday.

Moyes, formerly of Everton, spoke about how the side likes to use set-pieces to their advantage and picked out one man in particular who impressed him.

Speaking to Sky Sports, Moyes explained: “I was annoyed as I felt our earlier play had warranted more goals or clearer chances but credit to Everton as they defended their box well and we didn’t perhaps show enough in the final third. I always felt it would be a tough, tight game throughout.

“Nowadays, as a modern trend everyone has got a set-piece coach and we’ve got players who want to head the ball which makes a difference. [Angelo] Ogbonna, Issa Diop, Craig Dawson and Kurt Zouma all like to get their heads on the ball and then you need someone who can provide the delivery and Jarrod [Bowen] certainly did that today.

“I want the team to challenge and I want them to play and try to get us a victory wherever we go. We’ve got a good team and we’ve been playing well.

“Before today in the last few games, we’ve not done enough in the final third but we managed to get the win today.

Matchwinner Ogbonna also spoke to Sky, revealing how important the win was.

“It was so important today because we wanted to bounce back from the last game.” said Ogbonna.

“I think it was very, very important [to win]. We kept a clean sheet and got what we deserved today.

“It was a totally hard game, but I think the players in the middle of the park, like Tomas [Souček] and Dec [Rice], played fantastically. They helped us to keep a clean sheet.”