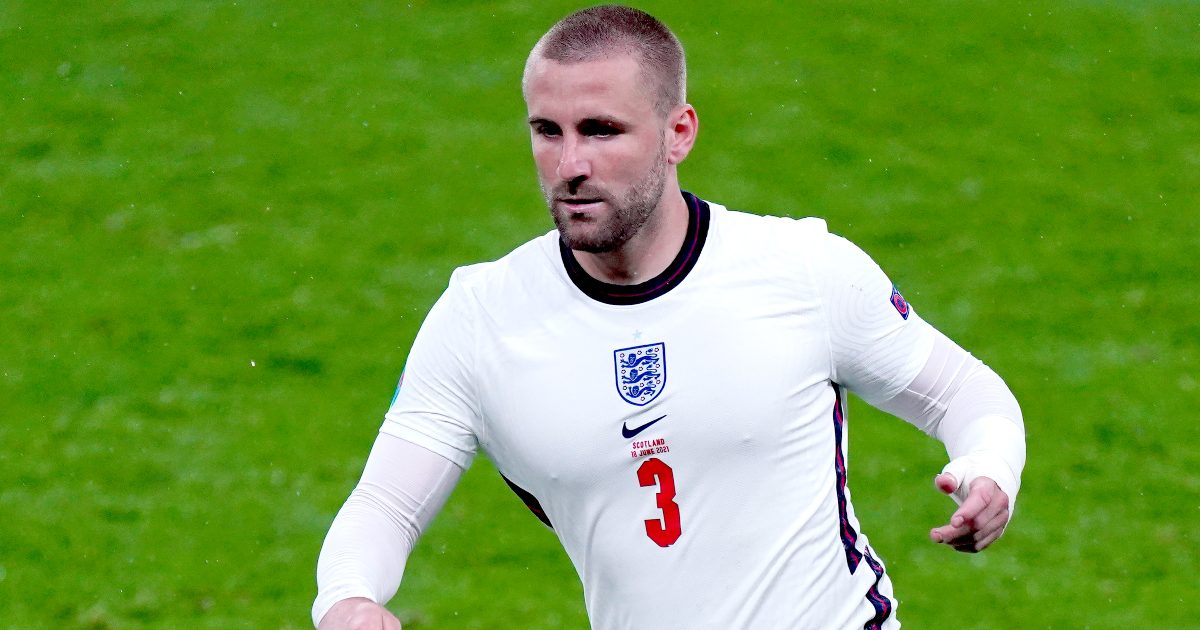 Shaw has arguably enjoyed his best season on a personal level to date in 2020/21. He was a leading contender for Man United’s Player of the Year as they finished second in the Premier League.

The defender has taken that great form into this summer’s European Championships with England.

Will England have failed if they lose to Denmark?

The 25-year-old has started in all but one of England‘s games at Euro 2020 so far and he has been one of their best players.

The Three Lions face Denmark in the semi-finals on Wednesday evening. Joakim Maehle has been their starting left-back at the tournament, and like Shaw, he has impressed.

In his column for The Times, Moyes said that he has always been an “admirer” of Shaw:

“England v Denmark matches up two operators on the flank who have been stars of the tournament: Luke Shaw and Joakim Maehle,” Moyes said.

“Both play on the left of the defence but offer such value going forward. Shaw has crossed for Harry Kane to nod home, centred for Raheem Sterling to tap in and assisted Harry Maguire via a free kick.

“That’s not bad for variety and Shaw’s impact is pleasing because he had to fight his way back to the top, after injuries and challenges, but is someone I’ve always considered a big talent.

“From when he broke through for Southampton at 17 I was an admirer, and felt Manchester United made a really good decision when buying him in 2014.

“He has always been an excellent left back, sound in his defensive play, but in his early days it was Shaw’s attacking that grabbed the attention — and for United this season, and now for England at these Euros, his attacking has blossomed again. His ability has never been in question and he is playing with such confidence and enjoyment.

“England’s most productive attacking has been down the left and Shaw is second at Euro 2020 for assists — one behind Switzerland’s Steven Zuber, who, like Shaw and Maehle, plays left back/left wing back.

“An unsung factor in Shaw’s success is Kyle Walker. Shaw can attack down the left because, on the other flank, Walker stays back to give England that recovery speed if there are counterattacks. This typifies how well England work as a unit, especially at the back.”