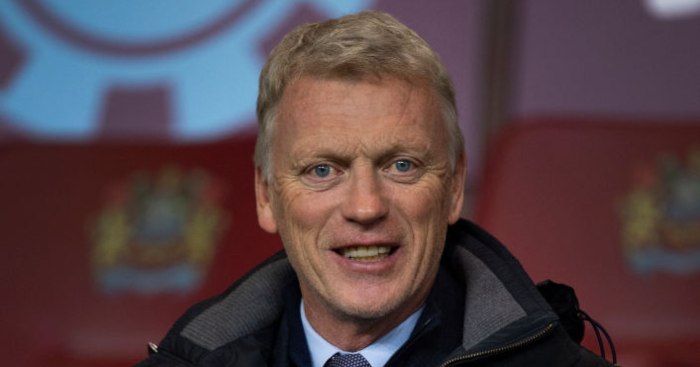 Everton have approached David Moyes to be their new manager as they prepare to sack Marco Silva.

The Toffees were thrashed 5-2 by Liverpool in the Merseyside derby last night and now find themselves in the Premier League relegation zone.

Pressure has been mounting on Silva and reports suggest the end is nigh.

But Moyes will only return to Goodison if he is not seen as a short-term fix, according to The Sun.

The 56-year-old has failed to last longer than a year at United, Real Sociedad, Sunderland and West Ham, and Moyes will only return to Everton if he has the opportunity to build a project at the club.

However, Liverpool legend and Everton fan Jamie Carragher does not think the appointment will be taken well by supporters.

“I’ve spoken to a lot of Everton fans, I’ve got a few in the family, everyone you mention, they say no,” Carragher said last week.

“There’s talk of David Moyes coming back in a Big Sam role, trying to keep them up, they’re so against that you would not believe.

No announcement has yet been made regarding Silva’s sacking but a crunch conference call took place this morning.

A statement is expected to confirm the news at some point today and the Portuguese manager seemed resigned to his fate when quizzed on his future last night.

“I am not the right person to answer about the situation, this question is for different people,” Silva said.

“Every game I get the same question. My words here will change nothing.

“I understand why there are these type of questions (about the sack), but I don’t like to talk every match about my future.

“We knew what they would try to do, we knew everything, we cannot concede goals in that way at the level we are.”