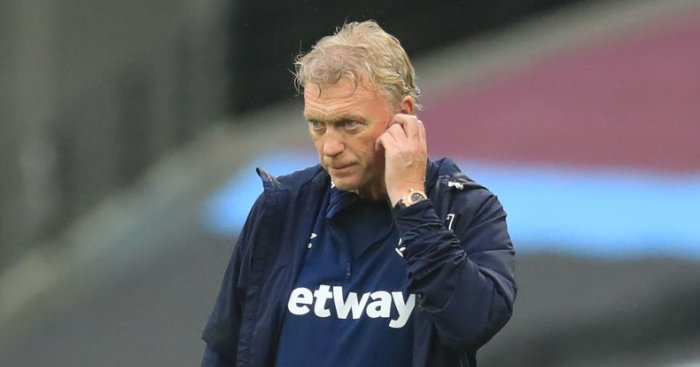 David Moyes claimed that West Ham should have finished their loss to Burnley with one more player than their opponents.

Clarets skipper James Tarkowski was lucky to stay on the pitch early in the second half after planting his studs into the thigh of Jarrod Bowen.

It was a similarly ugly challenge to the one which saw Arsenal striker Eddie Nketiah sent off 24 hours earlier, but referee Michael Oliver showed only a yellow card and VAR chose not to intervene.

Hammers boss Moyes said: “It was only brought to my attention afterwards but, look, it’s a red card.

“It’s not going to change the result but it’s really disappointing the referee didn’t see it as a red, the linesman didn’t, and we’ve got the chance to go to VAR to make a decision on it.

“For me it’s gone, but it’s right that it’s brought up and asked why it’s not been given.

“We’ve questioned a few of the decisions against us and had responses back that we don’t agree with, so I’m guessing I won’t agree with the response this time either.

“I’m still hoping in the games we’ve got left that something will go our way.”

Overall, Moyes accepted that Burnley’s defending made it hard for West Ham to get something out of the game. However, the Hammers boss said that they had more than enough big opportunities, which they failed to take.

“I’m disappointed we didn’t take something from the game but you have to give Burnley credit for the way they defended,” added Moyes.

“But we missed two or three outstanding chances. You don’t normally get that number of opportunities to win matches in the Premier League.”